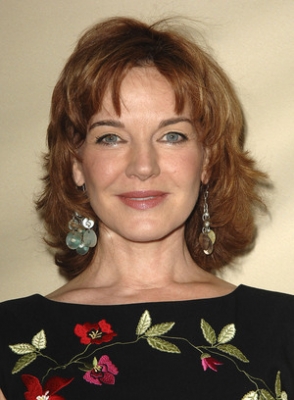 In “The Bold And The Beautiful” history, April 19, 2010, the Logan girls lost their mother after an accidental drowning…

These days Brooke is faced with losing Stephanie Forrester, but not too long ago she blamed the other woman for her own mother’s death. Beth came back into her children’s lives after Nick Marone convinced her to leave Paris and be with her girls in Los Angeles, who had been dealing with Storms’ death and Katie’s heart transplant.

Upon her return, Beth finally admitted she’d kept her distance due to having several mini-strokes and explained that she’d been in the early stages of dementia. Beth’s condition was known to affect her memory, thinking, language, judgment, and behavior. With the family’s full support, Beth underwent treatment and thought her condition was finally under control. However, in 2008 Beth was diagnosed with Stage Five Alzheimer’s Disease.

She spent her days living at Brooke’s, spending time with her grandchildren and even reconnected with Stephen. The couple put their painful past behind them and went away together – after Beth had suffered minor injuries when Pam accidentally hit her with her car.

It wasn’t long before Stephen and Beth returned. Her Alzheimer’s had worsened, and during an argument with Stephanie, Beth fell into the pool. Stephanie was unaware of the severity of Beth’s fall and left her there. When Donna found her mother, it was too late. Beth had died and many blamed Stephanie.

Feel free to leave your favorite Logan family memories in the comments section, and if you haven’t already view our Flashback in Y&R History: John Abbot dies.

View Soaps.com’s After The Soap Finales: Where Are They Now for details about former “AMC’s” Josh Duhamel’s (ex-Leo) “Safe Haven” trailer then vote in Soap Opera Fan Blog’s Soap Opera Polls if you think “Y&R’s” Adam should be forgiven for his lies.

The Bold And The Beautiful Spoiler Video: Moved Out?

B&B Poll: What Decision Would You Make? 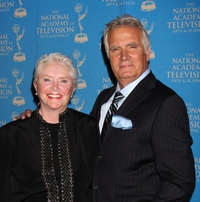