The Bold and the Beautiful and CBS Celebrate Milestone 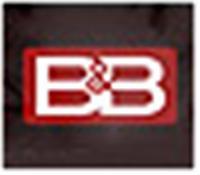 Barbara Bloom (Senior Vice President of CBS Daytime Programs) states that “With 19 years on the air, and 5 years broadcasting with the SAP technology, The Bold and the Beautiful is one of the most important reasons the CBS Daytime lineup has spent the past 17 years at Number One. Whichever language our fans watch the show in, they know they’re going to see quality drama and a thrilling story, and it’s the reason they keep tuning in, episode after episode, year after year.” This in response to the five year anniversary that The Bold and the Beautiful celebrated on May 28, 2006, for being the only daytime drama to be telecast in Spanish via SAP (Secondary Audio Program).

Executive Producer and Head Writer Bradley Bell added “The fact that The Bold and the Beautiful has been broadcasting in SAP for 5 years is a true testament to CBS and the commitment that they have to the Spanish speaking audience here in the United States.” It is the sentiment of everyone involved with our SAP process, from our English speaking cast and crew to the talented group of Spanish speaking actors that we hire to dub each show, that is an honor to reach the diversity of the television audience. We congratulate CBS for allowing The Bold and the Beautiful to be pioneers within our genre and broadcasting our show in Spanish.”

Since 2001, over 1,250 episodes of The Bold and the Beautiful have aired giving fans the option to choose between English and Spanish. The technology has a cast of Latino actors that provide voiceovers for each of the cast members. The Spanish audio feed is currently available in over 40 CBS stations (owned/affiliated) in major markets that include New York, Los Angeles, Chicago, Philadelphia, Boston, San Francisco, Washington, D.C., Houston, Dallas and Miami. Congratulations to the team at The Bold and the Beautiful and CBS for providing such compelling stories to your diverse fan base! 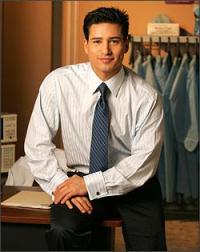