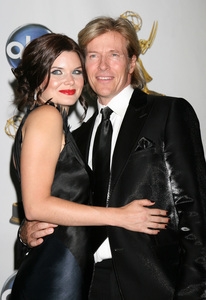 In “The Bold And The Beautiful” history, 2008, Katie Logan fell for her niece’s fiancé Nick Marone…

Though Katie Logan is now a Spencer, with a new baby, and still dealing with stress in her life, her health and emotional issues stemmed from a time in April 2008. Katie found out her brother Storm had shot Stephanie Forrester and convinced Stephanie not to press charges. Storm was still mentally unstable, especially after Ashley Abbott broke up with him, and was in possession of a gun. Katie tried to grab the gun but was shot in the heart during their struggle. Knowing his sister needed a heart transplant, Storm killed himself, leaving Katie devastated to wake up from the transplant with Storm’s heart.

Katie’s body soon rejected the heart, and her niece Bridget Forrester fought to find ways to save Katie. When the prognosis was bleak, Bridget encouraged the family and her fiancé Nick Marone to make Katie’s last days special. Katie always regretted not having a high school prom, so one was recreated for her. It wasn’t until Nick brought Katie to Catalina Island when Katie realized she was falling for him.

Bridget set Katie up with therapy that enabled her to recover, but her feelings for Nick didn’t go away – not even after Bridget and Nick married with Katie officiating the ceremony. When Katie ended up pregnant viewers realized that Nick had honored Katie’s dying wish and had made love to her on Catalina Island. Soon after, Bridget found out the truth and left Nick, who planned to raise his child with Katie. In the end, Katie miscarried but tried to move forward by spending her time with Nick’s son Jack and eventually accepted his marriage proposal.

Feel free to leave your favorite Katie – or Nick – memories in the comments section then check out our Flashback in Y&R History: Shelia Carter dies – again.

The Bold And The Beautiful Spoiler Video: A Mistake?

B&B Poll: Who Would You Date? 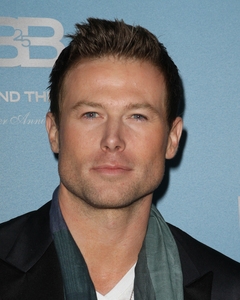