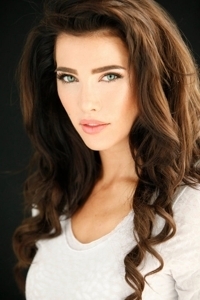 Actress Jacqueline MacInnes Wood, who plays Steffy Forrester on “The Bold and the Beautiful,” definitely portrays a sexy character on Daytime tempting and seducing Liam (Scott Clifton) on a regular basis, but she’s also hot off screen – so much so that she scored the cover of Maxim’s Mini-Calendar for 2013! You can pick one up in stores or online where calendars are sold, and look for MacInnes Wood inside, where her photo heats up the month of January.

Find out who is returning to work on ‘Blue Bloods” through Primetime Television Spoilers, and get the scoop on Hayden Panettiere’s gown for the “Nashville” premiere through Soap Opera Fan Blog’s Star Gazing.

The Bold And The Beautiful Spoiler Video: Been Through Worse