B&B Poll: Which Rick Forrester Do You Prefer? 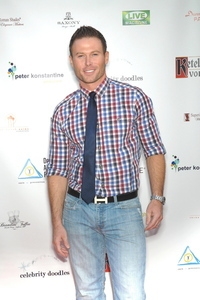 Recast the character your way.

The role of “The Bold And The Beautiful’s” Rick Forrester was first created back in 1990 and played by child actors Nicole and Ryan Miller, Jeremy Skott Snider, and Steven Hartman until 1997. Jacob Young, who plays the role now, first appeared as an aged Rick in 1997 until Justin Torkildsen took over in 1999. In 2007 Kyle Lowder stepped into the role, which Young returned to in 2011.

Soaps.com wants to know who your favorite ‘older Rick’ was. Vote through our poll then feel free to leave us a comment on your favorite Rick storyline.

Take a look back at our Flashback in B&B History for the storyline surrounding Darla's death.

View our One Life To Live Soap Digest for details on two former Llanview actors in an upcoming Hallmark movie and check out Soap Opera Fan Blog's Star Gazing for the latest celebrity sightings.