Crystal Chappell To The Bold And The Beautiful. (UPDATED.)

Read The Young And The Restless Life Of William J. Bell Biography. 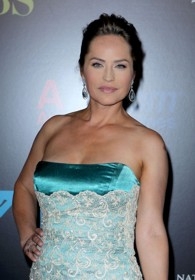 New details have emerged regarding Crystal Chappell’s character, Danielle. According to TV Guide, Joanna Johnson will return as Karen Spencer on May 16, followed by Chappell as her wife, Danielle, on May 17. The pair is moving to L.A., and Danielle interviews for a job with Bill (Don Diamont), who has no idea she is married to his sister, and actually thinks she is flirting with him! When Bill learns the truth, his reaction will play into Brad Bell’s plan to explore attitudes toward same-sex marriage within this storyline. Additionally, it seems Karen’s father, Bill Spencer Sr., knew about Danielle and had forbade Karen to be open about her relationship due to the effect it could have on Spencer Publications.

According to Entertainment Weekly, actress Crystal Chappell (ex-Olivia, “Guiding Light,” ex-Carly, “Days of our Lives”) will be appearing on “The Bold and the Beautiful.” She will arrive in Los Angeles as Danielle, the second mother to newcomer, Caroline Spencer (Linsey Godfrey), which means she is Karen Spencer’s (Joanna Johnson) partner.

Caroline will reveal that Danielle is her other mother to her boyfriend, Thomas (Adam Gregory), as well as to her uncle Bill (Don Diamont). Stay tuned to Soaps.com for airdate details as they become available.

Are you excited for Danielle’s arrival in Los Angeles? Let us know by voting below.

The Bold And The Beautiful Saturday Teaser Poll: Ultimatum

The Bold And The Beautiful Spoiler Video: Crashed