The Bold And The Beautiful Celebrates 25th Anniversary 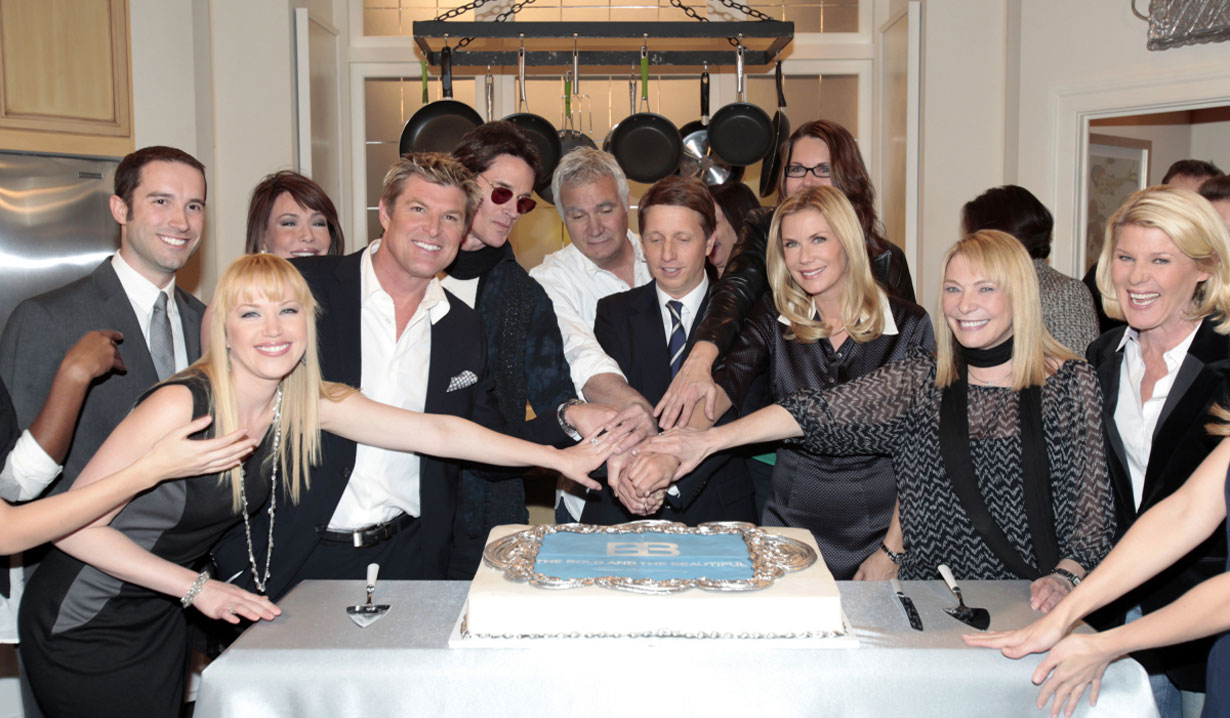 This week, “The Bold and the Beautiful,” which debuted on March 23 1987, will celebrate its 25th anniversary. Created by the late William J. Bell and his wife, Lee, “B&B” is currently written and executive produced by their son, Bradley Bell. Four original cast members remain with the show: Susan Flannery (Stephanie), John McCook (Eric), Katherine Kelly Lang (Brooke), and Ronn Moss (Ridge).

The first, and only, daytime drama to simulcast in Spanish via SAP (Secondary Audio Program) technology, “B&B” boasts over 40 Daytime Emmy Awards, six consecutive Golden Nymph International TV Audience Awards in the ‘Telenovela/Soap Opera’ category at the Monte Carlo Television Festival, and was named the ‘Most Popular Daytime Soap Currently on TV’ by Guinness World Records.

Speaking about the anniversary, Bradley Bell said, “25 years is a tremendous milestone. It’s been an extraordinary experience. The future looks bright as we venture into the next generation of family drama mixed with laughter, tears and socially relevant stories. My gratitude to CBS for their invaluable support for the past 25 years and to our incredible fans for their dedication and loyalty.”

"B&B's" 25th anniversary storylines will center around families gathering and long-standing grievances being set aside for the anniversary party of matriarch Stephanie and patriarch Eric, the love triangle between step-sisters Hope (Kim Matula) and Steffy (Jacqueline MacInnes Wood) with Liam (Scott Clifton), the interference of Brooke, Ridge, Taylor (Hunter Tylo), Bill (Don Diamont) and Katie (Heather Tom) into Hope, Steffy and Liam’s love life, Hope’s ongoing therapy with Dr. Stacy Barton (Hillary B. Smith) to deal with her intimacy issues, the engagement of Marcus (Texas Battle) and Dayzee (Kristolyn Lloyd), and the introduction of a new character, Caroline (Linsey Godfrey), who is connected to a core character’s past and future.

Originally set to air on Friday March 23, the anniversary episode will now air on Monday March 26 due to a previous pre-emption.

Soaps.com congratulates the cast and crew of "The Bold and the Beautiful" on reaching this exciting milestone.

Read about B&B shooting on location in Italy. Join us on Twitter @soapoperafan, and Facebook. Come tweet and Facebook with us about "The Bold And The Beautiful," all the other soap operas, "Glee," "Grey’s Anatomy," "Vampire Diaries" and "Venice The Series!"

The Bold And The Beautiful's Jack...