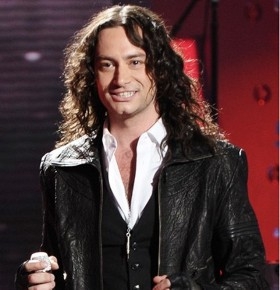 Constantine Maroulis, who played Constantine Parros on “The Bold and the Beautiful” back in 2007, is set to appear on Broadway in the Spring of 2013! Constantine, who was a finalist on the fourth season of American Idol., will play the title role in “Jekyll & Hyde,” which tells the story of a London-based doctor who releases his evil alter-ego. Constantine previously appeared on Broadway in “The Wedding Singer,” and toured with the stage production of “Rock of Ages,” a role for which he earned a Tony Award nomination. He will also appear in the film version of “Rock of Ages,” as a record executive. The movie is due out in June of this year.

Read about Ashley Jones on Private Practice. Join us on Twitter @soapoperafan and Facebook. Come tweet and Facebook with us about “The Bold And The Beautiful,” all the other soap operas, “Dirty Soap,” “Glee,” “Grey’s Anatomy,” “Vampire Diaries,” and “Venice the Series!”