The Bold and the Beautiful’s Ronn Moss Engaged! 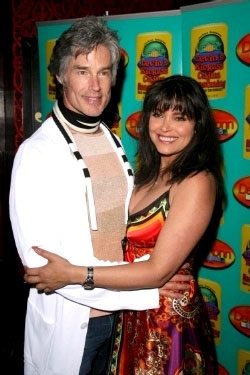 Ronn Moss just announced that he and his girlfriend of several years, Devin DeVasquez recently got engaged!

As he stated on his MySpace page, “I wanted to share my good news with you all…Devin and I are now engaged. This is an amazing time for us both!” No other details or date was given.

Devin is a model/actress and former Playboy Playmate. She has also created Devin’s Kickass Cajun Seasoning and wrote the “Cookin Cajun” cookbook. Aside from playing Ridge on B&B, Ronn also plans to go back on tour with his band Player and helps Devin create products they both love, with the proceeds going to help rebuild the city of New Orleans.

Soaps.com would like to congratulate Ronn and Devin and wish them a very happy future together!