The Bold And The Beautiful’s Gina Rodriguez Signs With ABC 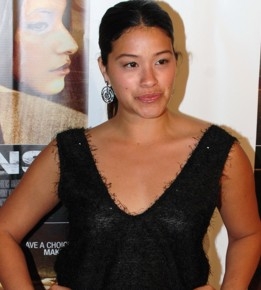 Actress Gina Rodriguez, who is currently playing Forrester intern, Beverly, on “The Bold and the Beautiful,” has signed a holding deal with ABC and ABC Studios, according to Deadline. The deal promises her a starring role in one of ABC’s upcoming pilots. Some are speculating that she may be offered a role in the pilot for Marc Cherry’s (“Desperate Housewives”) new series, “Devious Maids,” which focuses on four Latina women working in Beverly Hills. Gina, who is appearing in the Sundance film, “Filly Brown,” has also had roles in “Happy Endings” and “Army Wives.”

Do you want Beverly to hook-up with Rick (Jacob Young) on “B&B?” Let Soaps.com know by voting in the poll below.

Read Hillary B. Smith to B&B. Join us on Twitter @soapoperafan and Facebook. Come tweet and Facebook with us about "The Bold And The Beautiful," all the other soap operas, "Dirty Soap," "Glee," "Grey’s Anatomy," "Vampire Diaries," and "Venice the Series!"

The Bold And The Beautiful Snap...

Bold And The Beautiful's Jack...