The Bold And The Beautiful Most Memorable Moments 2011. (Videos Included.)

The Katie/Bill/Steffy triangle.
The sizzling attraction between very-married Bill and Steffy was the basis for many unforgettable stolen moments, not to mention confrontations, including the one in which Katie, the betrayed wife, stroked out! Many are hoping Bill and Steffy’s chemistry will still lead them back to each other, but for now, Bill is her father-in-law, which adds another controversial layer to this tale.

Stranded, rescued, and manipulated.
When the Forrester jet plunged into the ocean carrying Brooke and Thomas, no one could have imagined how much more shocking the story would get from there on out. Viewers’ tongues were wagging after Brooke and her stepson ate hallucinogenic berries and went on a semi-sexual odyssey while stranded on an island. As if that wasn’t enough, after they were rescued, Thomas’s grandmother, Stephanie, who had recently buried the hatchet with Brooke, inexplicably turned to the dark side again and manipulated her grandson into lying about what happened so as to destroy Brooke’s marriage to Ridge! Oh yes, there were plenty of memorable moments as this storyline played out – from the cinematography on the island, right to Stephanie’s singing apology in a restaurant!

Honorable Mention – Amber’s pregnancy deception.
"B&B" viewers won’t soon forget how Amber Moore, with the ‘help’ of her trailer trash mama, Tawny, and lab geek, Carl, managed to convince Liam he was the father of her unborn child when they hadn’t even had sex! One of the most memorable moments of the storyline came right along with the baby when it turned out Marcus was the father, not Liam. Who can forget Bill passing Justin his cigar and calling him ‘grandpa’? Classic!

Don't miss Soaps.com's Soap Opera Star Holiday Interviews. Join us on Twitter @soapoperafan and Facebook. Come tweet and Facebook with us about "The Bold And The Beautiful," all the other soap operas, "Dirty Soap," "Glee," "Grey’s Anatomy," "Vampire Diaries," and "Venice the Series!" 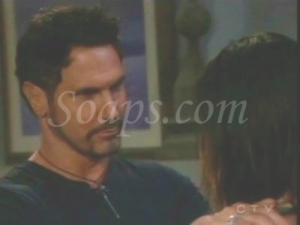 “The Bold and the Beautiful” has pushed the envelope again this year with groundbreaking stories and controversial love triangles. We’ve selected the three storylines that delivered the most memorable moments of 2011 with the help of Soaps.com readers.

The Hope/Liam/Steffy triangle.
This heavily featured triangle has now become a quadrangle with the addition of Hope’s stepbrother, Thomas, but it ultimately seems to be a question of how long Steffy and her brother can hold off a Hope/Liam reunion. In any case, the storyline provided viewers with plenty of gasp-worthy moments, and lots of fodder for debate over which of the young women is the best match for Liam, and whether, in fact, Liam is worthy of either girl!

The Bold And The Beautiful Spoiler Video: Rick's Call

The Bold And The Beautiful Snap Poll: Rick's Romance 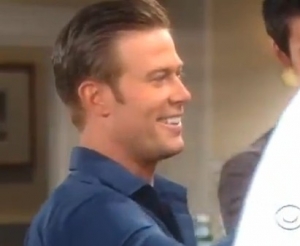 ‘The Young And The Restless’ Launching Showcast For 50th Anniversary