Read about the "Days of our Lives" funny twist on Twilight Eclipse. Join us on Twitter @soapoperafan and Facebook. Come tweet and Facebook with us about "The Bold And The Beautiful," all the other soap operas, "Dirty Soap," "Glee," "Grey’s Anatomy," "Vampire Diaries," and "Venice the Series!"

I’ve been so bruised and scraped up…

Actor Kellan Lutz (ex-Rob, “The Bold and the Beautiful”) may be best known for his role of Emmett in the “Twilight” series, but he’s also starring in another film, “A Warrior’s Heart,” in which he plays a star lacrosse player. The movie hits theaters this Friday December 2. Check out the behind-the-scenes sneak peek below.

Aside from “Twilight,” “New Moon,” “Eclipse,” and “Breaking Dawn,” Kellan has also had roles in “A Nightmare On Elm Street” and “Immortals.”

The Bold And The Beautiful Spoiler Video: Katie Rages 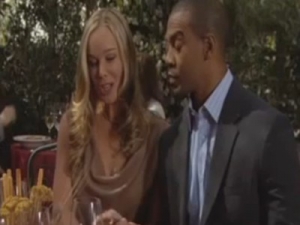