The Bold and the Beautiful’s Darcy Rose Byrnes in New Movie! 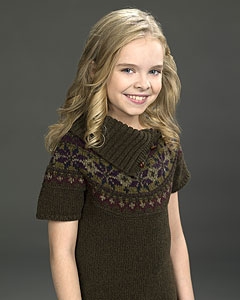 When she’s not bouncing back and forth between B&B and Y&R as Abby Carlton, Darcy Rose Byrnes has no problem keeping busy with other projects. She was recently featured in a Dairy Queen commercial, appeared in two episodes of “How I Met Your Mother” and starred in the TV movies, “Shark Swarm” and “Black Friday.” So what’s next for the little acting dynamo? That would be a trip to the silver screen in a movie with Eddie Murphy!

Soaps.com recently heard from Darcy’s parents that she just filmed a scene as “the 10 year old girl” in Murphy’s upcoming movie, “A Thousand Words.” A comedy about a man who learns he only has a thousands words left to speak before he will die, the film is directed by Brian Robbins (“Meet Dave”, “Norbit”, “The Shaggy Dog”) and also stars Allison Janney (“Juno”, “The West Wing”).

Soaps.com would like to congratulate Darcy on her exciting project and can’t wait to see her on the big screen in 2009!

Chat With The Bold and the...