Chat With The Bold and the Beautiful’s Brandon Beemer! 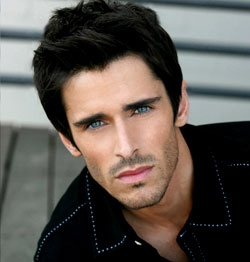 To help introduce Brandon Beemer as Owen Knight on The Bold and the Beautiful, the show’s official website will be hosting a live chat with the actor. Held on July 2 (the same day as he makes his B&B debut), fans from around the world can interact with the soap’s newest hottie.

This live event will take place on B&B’s Official Message Board at 3:00 PM PST. Fans in other time zones can log on at:

While all we know about Beemer’s character is that he is connected to Donna’s son Marcus and will quickly become involved with both the Logans and Forresters, the actor is another story. This Eugene, Oregon native began his acting career starring in MTV’s “Undressed” and the movies “Material Girls,” “Suits on the Loose” and “The Brotherhood.” Most recently, and perhaps most notably, Beemer left Days of Our Lives earlier this year where he played the role of Shawn Brady since 2006.

So tune into The Bold and the Beautiful on July 2 to see Beemer shake things up in the fashion world as Owen Knight and then jump online and welcome the actor aboard!

Upcoming Appearance by The Bold and...

The Bold and the Beautiful’s Darcy...