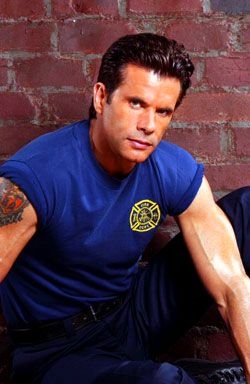 He might not be fighting fires on The Bold and the Beautiful any more, but Lorenzo Lamas (ex-Hector) is certainly keeping himself busy. His latest project will see him vying for a country music career on CMT’s Gone Country.

Each celebrity will be paired with two Nashville songwriters who will help them write a country single. In addition to meeting with the songwriters, the cast will compete in challenges that test them both musically and physically to adapt to a life in country music, both on and off the stage. At the end of the two weeks, the artist that is most prepared to impress a country audience, as determined by Rich, will record and release their single on country radio.

Soaps.com wishes Lamas luck and can’t wait to see him don a pair of cowboy boots, while kickin’ it country style!

A Look at B&B’s Dr. Patrick

Antonio Sabato Jr. Shows Off His...