Big Brother’s Cassi Colvin To The Bold And The Beautiful 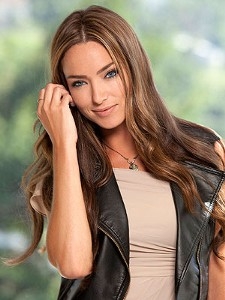 Cassi Colvin, who was voted out in week two of this season’s CBS reality show, Big Brother, is slated to appear on “B&B” as a runway model involved in the Hope For the Future storyline, according to TV Guide. Cassi will tape her role on September 15, which is after the season finale of the reality show, and those scenes should air in mid-October.

Are you excited about Cassi appearing on “B&B?” Let Soaps.com know by casting a vote in the snap poll below.

Find out which other reality star is appearing through Jake Pavelka Returns To The Bold and the Beautiful. Join us on Twitter @soapoperafan and Facebook. Come tweet and Facebook with us about "The Bold And The Beautiful," all the other soap operas, "Glee," "Grey’s Anatomy" and "Vampire Diaries!"