Bold And The Beautiful’s Jack Wagner’s Engagment To Heather Locklear Called Off. (UPDATED.) 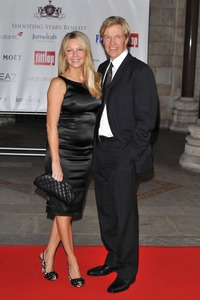 Fox News has reported that Jack Wagner and his ex-fiancee Heather Locklear will appear in the L.A. City Attorney’s office at the end of January to resolve issues surrounding an alleged violent incident that occurred during a confrontation at Wagner’s San Fernando Valley home in late December.

Jack Wagner and Heather Locklear have called off their engagement for undisclosed reasons according to E! Online. There is no word on whether or not they are still dating.

This will be a second marriage for Wagner, and a third marriage for Locklear. Both have children from their previous marriages. The duo also shared an on-screen love affair when they starred together on the Primetime soap, “Melrose Place.”

Soaps.com will post more details as they come in. Congratulations to the happy couple!

If you want a chance to meet Jack find out how through the 4th Annual Rick Springfield & Friends Cruise.

Join us on Twitter @soapoperafan and Facebook. Come tweet and Facebook with us about "The Bold And The Beautiful," all the other soap operas, "Dirty Soap," "Glee," "Grey’s Anatomy," "Vampire Diaries," and "Venice the Series!"