The Bold And The Beautiful’s Brandon Beemer To CSI: Miami 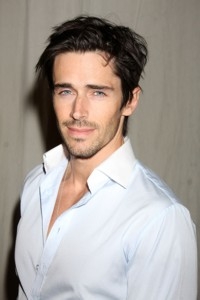 Actor Brandon Beemer, who plays Owen Knight on “The Bold and the Beautiful,” is making the most of the show’s summer hiatus by taping a guest-starring role on “CSI: Miami,” according to CBS Soaps In Depth. Brandon will be playing a gigolo named Derek Vaughan. His episode will air during the new season, which kicks off on Sunday, September 25 at 10.00 PM.

Soaps.com congratulates Brandon on his guest gig. Will you tune in to watch? Let us know by voting below.

Read about Brandon's upcoming appearances through Soap Opera Actors At Soap-Sational Event. Join us on Twitter @soapoperafan and Facebook. Come tweet and Facebook with us about "The Bold And The Beautiful," all the other soap operas, "Glee," "Grey’s Anatomy" and "Vampire Diaries!"