Terrible Taylor.
Um, I think they tried to write Taylor as 'strong' this week, but she came off as wild-eyed and off-the-wall as ever. It was quite ironic that she stood in the Forrester offices and ranted about how she raised her children to believe if they acted decently good things would come to them - not much of a justification for keeping the shares when one of her kids just told a colossal lie that hurt a bunch of people, and the other one's in bed with a married man! Besides, what kind of psychiatrist touts revenge tactics as the solution to a bad situation? It's stunning that Taylor thinks Thomas should be rewarded with company shares after what he did. What do you think about Taylor's stance on the shares? Let us know by casting a vote in Soaps.com's The Bold And The Beautiful Snap Poll: Taylor’s Tirade.

Forgiveness.
I'm actually getting a kick out of Stephanie falling all over Brooke in an effort to win her forgiveness - the weird thing is, it makes it that much harder to understand what she did in the first place - and it already seemed totally ridiculous. In any case, I always enjoy their scenes together and Friday's were no exception. 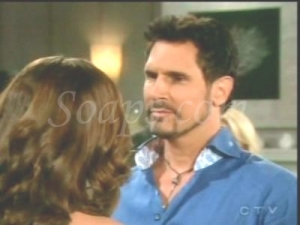 “The Bold and the Beautiful” gets a mixed review this week. There were some entertaining scenes, but a lot of the stuff happening left a bad taste in my mouth. Let’s take a closer look:

Passing the test.
Brooke and Ridge’s reunion has been all that a soap opera make-up should be, but as is often the case with this show, the repetition begins to feel like overkill. I can only watch so many scenes with them saying that now they can get through anything etc.

Loyalty.
Sexy Dollar Bill is really in the outhouse with me this week. Not only can I not abide by him philandering with childish Steffy before ending his marriage to Katie, but he’s also roped Justin, and now Liam, into keeping his tawdry secrets. You would think being caught by Taylor in Steffy’s childhood bedroom would have brought him to his senses…

Surprise!
Yikes, could Katie have had worse timing with the vow renewal? Of course, Bill will go through with it because he’s utterly on the spot. But that will just bang him down another notch in my estimation – repeating his vows to Katie while planning to dump her is just smarmy in the extreme. 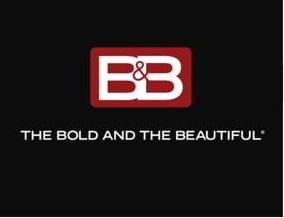 The Bold And The Beautiful To Broadcast In High Definition

The Bold And The Beautiful Saturday Teaser Poll: Moving