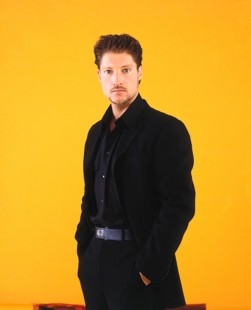 Actor Sean Kanan (ex-Deacon, The Bold and the Beautiful) has issued a statement through his publicist to Soaps.com, in which he responds to reports from late yesterday that a warrant had been issued for his arrest after he failed to appear in court for a progress hearing on a past DUI charge.

On August 18th, 2007, the actor was arrested by the Los Angeles Police Department on two alcohol related charges: driving under the influence of alcohol and driving with a blood alcohol of .08 or greater. At that time, Kanan posted $30,000 bail and was released.

Sean’s publicist explains that he has done everything to comply fully with the court’s requests, and only learned about the arrest warrant from friends who saw it on television news. He says Sean immediately contacted his attorney, Martin Godin, who issued the following statement, “Mr. Kanan is complying with the orders of the court. He has been busy working. There was a miscommunication and the warrant was recalled and quashed this morning.”

Sean Kanan, himself, issued the following statement on the matter, “I take this situation very seriously. I have been working incredibly hard on creating positive changes in my life. I would never knowingly neglect a court date nor any conditions placed on me by the court system.”

The actor has just completed work on the upcoming feature film, “Jack Rio”, which he also produced, and recently starred in “Hack”, which is now available on DVD. Soaps.com recently had the distinct pleasure of speaking with Sean Kanan, who was absolutely charming and open! To find out more about Sean read Soaps.com exclusive interview!

Breaking News! Role of Steffy is...