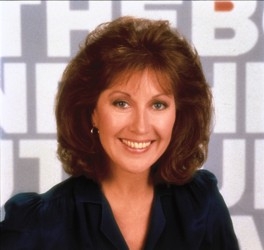 As The Bold and the Beautiful looks to cast the role of Logan matriarch, Beth, Soaps.com thought it was the perfect time to take a look back at the actresses who previously played the character, and to find out what exactly Beth’s back story is!

Beth Logan’s back story on B&B is that she was a Northwestern University student in love with dashing Eric Forrester (John McCook). Eric loved Beth as well, but when Stephanie Douglas (Susan Flannery) told Eric she was carrying his child (Ridge (Ronn Moss), later revealed to have been fathered by Massimo Marone (Joe Mascolo)), Eric decided to marry Stephanie. Beth went on to marry Stephen Logan and together they had four children, Storm, Brooke, Donna, and Katie.

Prior to the first episode of B&B, Stephen was said to have deserted Beth and their four children due to the fact that he felt eternally inferior to Eric Forrester. Beth was working as a caterer, and along with daughter Brooke, she catered a party for one of the Forrester fashion shows organized by Stephanie. Of course, it was at this event that Eric reconnected with Beth. Stephanie devised a plan to keep them apart, which involved calling Stephen Logan to come back to town. Later, she arranged for Bill Spencer (James Storm) to offer Stephen a job in Paris as a means of keeping Beth as far away from Eric as possible! The story goes that Beth has always carried a torch for Eric, however, and these lingering feelings are what eventually brought about her divorce from Stephen Logan.

Judith Baldwin, a former runner-up in the Miss USA pageant, was infamous for having replaced Tina Louise as Ginger Grant in “Rescue From Gilligan’s Island” and “The Castaways on Gilligan’s Island”, a very busy actress, she amassed 46 screen credits between 1969 and 2005!

Nancy Burnett was also a busy actress over the years, appearing on many hit shows such as, “Growing Pains”, “Falcon Crest”, “The Rockford Files”, and “L.A. Law”, as was Marla Adams who had guest roles on “Baywatch”, “The Tony Danza Show”, “Nash Bridges”, and “Walker: Texas Ranger”.

Soaps.com looks forward to meeting the next Beth Logan! What this woman will have to contend with! Ex- husband Stephen’s on the scene, son Storm has passed away, daughter Katie has had a heart transplant, and (if the wedding goes off without a hitch) her other daughter Donna will be married to the former love of her life, Eric Forrester! All told it should make for a very memorable B&B family reunion!