Breaking News! Role of Steffy is Cast on The Bold and the Beautiful! 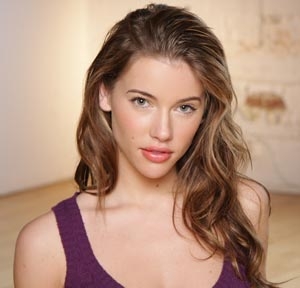 Soaps.com is pleased to share with readers the news that a Canadian actress has been hired to play the role of Phoebe’s (Mackenzie Mauzy) twin, and Taylor (Hunter Tylor) and Ridge’s (Ronn Moss) other daughter, Steffy Forrester! The actress hired by The Bold and the Beautiful is Jacqueline MacInnes Wood, who was born and raised in Windsor, Ontario (across the border from Detroit, Michigan). She made her move to Toronto to pursue acting more seriously at age 18, and the rest is history!

Before signing up at Ryerson University for acting classes, she had already landed her first commercial, as “the Hair Girl” for First Choice Haircutters, which is still running today! She then snagged a gig as the hostess of “Gamer Girlz” on Global Television. Later, in 2007, she did an appearance in Paul Reiser’s TBS Series, “Lovebites” as “Faith, the model” and also as “Candice” in Donny Wahlberg’s UPN Series, “M.V.P.”! Next up, a pilot for Disney called “Skyrunners” as character, “Julie Gunn” and finally, a lead role in a Hallmark film, “Nightmare at the End of the Hall”, which is set to air in the not-too-distant future!

The character Jacqueline will be playing on The Bold and the Beautiful, Steffy Forrester, last appeared in January 2006, before leaving for college in London, England. Now, Steffy will head home when her father calls her to join the family business, Forrester Creations!

Jacqueline began taping on Friday, May 2nd, and her scenes will first be seen on-air beginning Wednesday, June 4th! We are excited at the prospect of seeing Steffy again, and finding out what changes she is gone through while she has spent time away from L.A! Soaps.com wishes Jacqueline MacInnes Wood luck in her new role! Congratulations!

The Bold and Beautiful's Deacon...