Bikini Beach.
I love that we got to see everyone out and socializing at Bikini Beach this week - things are looking up. Everybody watching everyone else and discussing their business can be such fun. Who else thinks Justin and Donna will start fighting about Bill and Katie's marriage? Who else thought Owen and Jackie were ridiculous making out at the table? What about that gossipy Whip, speculating on Nick getting back with Katie? Good stuff.

Billable hours.
Bill in couples therapy was good entertainment. I don't know what's going to happen with Katie and Bill, though. It's not looking good for them right now unless Katie is willing to back down and move home, which I doubt. I got a laugh out of Taylor assuring Katie she would have a talk with Steffy - like that will do any good! Taylor and Whip had a semi-hot moment at week's end - good to see him again.

Coming on too strong.
There appears to be no such thing where Steffy is concerned. She throws herself at Bill to the point where one feels embarrassed for her. If she's selling herself as an accomplished and savvy businesswoman, shouldn't she have something in her arsenal besides sex - and what about dignity? Something in me wants Katie to walk in and just belt her. That said, they are a hot duo. 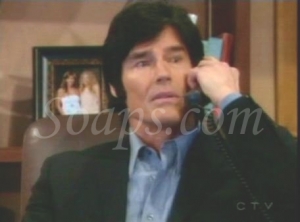 Here’s hoping the writers at “The Bold and the Beautiful” surprise us by NOT having Brooke and Thomas sleep together after the jet crash. Aside from that creeping concern, the rest of the week was pretty good. Let’s take a look:

Less Hopeless.
Thankfully they dialed down the Hope scenes this week. She made the switch to Oliver, who will apparently take her any way he can get her. I still don’t understand why she can’t just be single. In any case, I liked her scenes laughing with Eric at Forrester – a nice change of pace for Hope.

Sharing shares.
It was nice to see the Forrester clan gathered again – even if it was to toast the spoiled Thomas, who was rewarded for bad behavior with part ownership in the company. If I was Thorne, I’d be hopping mad this Easter!

Bevy of beauties.
I’m confused about Thomas – is he a playboy like his father was at his age, or is he madly in love with Dayzee to the exclusion of all others? Or does he secretly only want Brooke? It’s tough to get a handle on the character.

Crashed.
Wow, Thomas sure has a good set of lungs on him, as evidenced by his screaming in the ocean. This could be a good story, but not with a young man and his stepmother. Yuck. I’m dreading the possibility of ‘life-threatening situation’ sex. What do you think about the idea of Thomas and Brooke becoming intimate? Let us know by casting a vote in Soaps.com’s The Bold And The Beautiful Snap Poll: Life-Threatening Situation.

The Bold And The Beautiful Video Promo: The Forrester Jet Goes Down

The Bold And The Beautiful Saturday Teaser Poll: Differences Aside