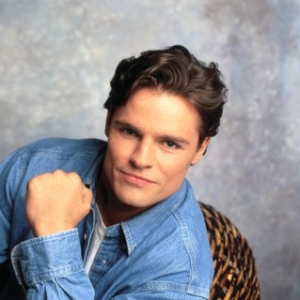 Since Soaps.com already did a “Backtracks” piece on Eric’s (John McCook) niece, Jessica Forrester (Maitland Ward), we thought it only fitting to follow with an article on Jessica’s love, Dylan Shaw (Dylan Neal)!

Dylan Shaw was introduced to B&B audiences in 1994 as an intern working at Forrester Creations. Eric’s newly arrived niece, 17 year-old Jessica, fell for the handsome, but older, Dylan, and they ended up making love! When Eric found out he went on the warpath and had Dylan arrested and charged with statutory rape! Dylan was found not guilty, but his relationship with Jessica was unable to move forward with all that had happened. Soon, Dylan started dating a new woman in town. Unfortunately, it was Maggie Forrester, Jessica’s mother! Neither of them realized the other’s link to Jessica and real feelings developed between them. When the connection to Jessica was discovered, Dylan and Maggie broke things off, even though it was very hard for them both. After Jessica’s dalliance with Sly Donovan, she and Dylan found their way back to one another. At that time, Dylan had turned to a career as a male-stripper in order to pay his way in design school. Dylan kept this secret from Jessica’s family, but naturally, he was found out. Surprisingly, Jessica forgave him and the two remained happy! After a wonderful intimate dinner out together one night, Jessica was raped by former flame, Sly. Jessica spiraled downward in her secret pain, refusing to confide in Dylan. Their relationship, and Dylan’s story line, ended when she decided to leave town. Worth noting: During his story line, Dylan also had a flirtation with hot-to-trot Lauren Fenmore (Tracey Bregman)!

Dylan Neal was the hunky actor that portrayed Dylan Shaw on The Bold and the Beautiful. An immensely successful television actor, Dylan has been involved in many series, but is probably best known for his role as police officer Doug Witter, Pacey’s older brother on “Dawson’s Creek”. He has had significant roles in “Sabrina the Teenage Witch”, “Hyperion Bay”, “Pacific Palisades”, and a lead role in the cult favorite “Blood Ties”. Dylan was born in Richmond Hill, Ontario, Canada and married his wife, Becky Southwell, in September of 1996 during his time on B&B.

Even though his latest series, “Blood Ties” was cancelled, E-online Canada is spearheading a campaign to bring it back into production, calling it one of the best shows of 2007! The series had aired on Lifetime, and according to E-online, the chemistry between Dylan Neal and his two co-stars Christina Cox and Kyle Schmid made the vampire crime-drama extremely watchable! In the meantime, Dylan, Kyle Schmid and author Tanya Huff are slated to attend the MegaCon Convention in Orlando, Florida, which will be held from March 7th – 9th.

If “Blood Ties” doesn’t work out, Soaps.com would love to see Dylan Neal reprise his role on B&B! Assuming he’s made it through design school now, he’d be a perfect hire at “M”. He would also stir up some excitement among the women, and provide some much needed competition for Rick et al. We wish Dylan all the best in his future pursuits!