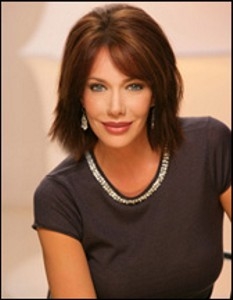 As Soaps.com reported on November 15th, 2007, B&B’s Hunter Tylo (Dr. Taylor Hayes Forrester Marone), while appearing on Larry King Live to speak about the October death of her 19 year-old son Mickey, mentioned the possible filing of a lawsuit in relation to his passing. Soaps.com has now learned that Hunter has indeed gone ahead with those plans.

On Thursday, January 24th, Hunter filed a wrongful death suit against the therapist who was responsible for counseling her son before he died in a seizure-related drowning.

The suit is actually an amendment made to a previously existing lawsuit for malpractice against the therapist, Shannon Downing. The suit was upgraded from malpractice to wrongful death because Hunter alleges that her son may not have died if not for the therapist’s mistakes. The legal papers state that Michael’s death “is related to Michael’s seizure disorder which the defendants failed to properly diagnose, refer for diagnosis or treat.”

Downing, of Henderson, Nevada, was reportedly treating Mickey for stress related to his parent’s split, which she apparently believed to be the cause of his seizures. The therapist is allegedly against the use of prescription medicine. Media reports say Downing’s license to practice as a clinical social worker has not been revoked or suspended at this time.

In the lawsuit, Hunter describes the implications her son’s death has had on her life. “The recent and sudden death of my son has caused me even much more grief, anxiety, sadness and emotional and financial distress than I ever imagined I would face when filing my initial complaint. I have not been able to properly and fully work and function in life.”

Hunter also lists Horizon Family Therapy & Wellness, Inc., where the therapist had her office, in the suit, and made a formal complaint to the Nevada Board of Examiners for Social Workers.

Soaps.com wishes Hunter the best as she struggles to come to terms with the loss of her son.

Kimberlin Brown and the Antelope...