The Bold And The Beautiful: Daniel McVicar Tragically Loses Son 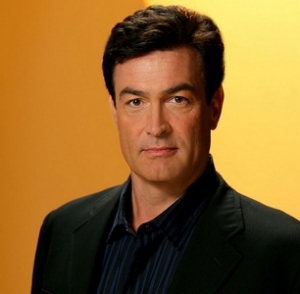 Soaps.com is saddened to report that according to CBS Soaps In Depth, former The Bold and the Beautiful actor Daniel McVicar (ex-Clarke Garrison) has tragically lost his son. Thomas Henry, fondly known as Hank, passed away yesterday.

Daniel issued a statement to the magazine, saying, “We are deeply saddened to say that my son, Hank McVicar, died in an automobile accident in the early morning on January 3, 2011, in Los Angeles, California. He was alone in the vehicle, lost control in the rain, and struck a pole and a tree, and was pronounced dead on the scene.” He added, “The McVicar family is deeply touched by the sympathies received, and I am en route to Los Angeles to join his mother and his sister in their grief. I was blessed to have such a wonderful son. He grew up to be a terrific young man, and our hearts grieve.”

Soaps.com wishes Daniel and his family the most heartfelt condolences on their untimely loss. Please feel free to leave your own expressions of sympathy below in the comment section. For more news check out The Bold and the Beautiful News Room. We invite you to join Soaps.com on Twitter @soapoperafan, “like” Soaps.com on Facebook to dish on The Bold and the Beautiful, all the other soap operas, Glee, Grey’s Anatomy and Vampire Diaries!