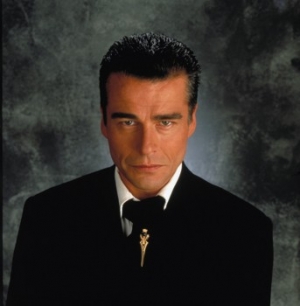 The great news just keeps coming for fans of The Bold and the Beautiful! Soaps.com has learned that on the heels of Heather Tom signing a three-year contract as Katie Logan, B&B has arranged for the return of Dr. James Warwick played by popular soap veteran Ian Buchanan!

Later in the month, a harried Nick (Jack Wagner) will seek out good doctor Warwick to come to L.A. and help his troubled wife Taylor (Hunter Tylo). Soaps.com readers will remember that the handsome James not only lost his virginity to Taylor, but also had a romance with Stephanie (Susan Flannery) and was married to Sheila (then Kimberlin Brown)! Therefore, the character’s return opens a lot of possibilities story-wise!

When he was last seen on The Bold and the Beautiful, Dr. Warwick had come to town at the request of Massimo (Joseph Mascolo), to aid in Brooke’s intervention. That story line occurred in 2004.

Soaps.com readers who have watched ABC soaps will remember Ian Buchanan as Duke Lavery on General Hospital, and as Dr. Greg Madden on All My Children. Since leaving the world of daytime, Ian has appeared on the popular television series, “Nip/Tuck.” Ian’s scenes on B&B will begin airing on January 28th! Welcome back Ian!