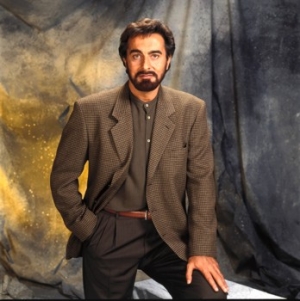 Soaps.com readers and B&B fans, travel back in time with us to the year 1994. Our beloved Taylor (Hunter Tylo) was presumed dead in a plane crash, but had actually been discovered by Prince Omar Rashid’s (Kabir Bedi) people and taken back to his palace. Taylor regained consciousness, but had amnesia, and soon became an object of desire for the recently widowed Prince, who gave her the name “Laila”.

It wasn’t long before the Prince knew Taylor’s true identity, but of course, he kept it from her, and kept her from leaving him once she started to remember on her own! At this point in time, “Laila” was engaged to Prince Omar, but was surreptitiously attempting to contact her husband Ridge (Ronn Moss), who, believing Taylor to be deceased had remarried Brooke (Katherine Kelly Lang). The Prince played his cards correctly by making sure Taylor discovered the truth about Ridge and Brooke, so that in her despondency she opted to stay and live as “Laila”.

In a surprising turn of events, Taylor’s colleague James Warrick (Ian Buchanan) and Connor Davis (Scott Thompson Baker) discovered her living at Prince Omar’s palace and although she was asked to return with them to L.A., she refused. Things changed, however, when her father Jack (Chris Robinson) suffered a heart attack. Prince Omar allowed “Laila” to return to the United States to her father’s bedside.

Of course all Bold and the Beautifulfans from the 1990’s will remember the agonizing slowness with which the truth about Taylor was revealed to Ridge. Remember the lab explosion that caused Ridge to be temporarily blinded? Who can forget Prince Omar’s chagrin as Taylor nursed a clueless Ridge, and revealed herself to a stunned Brooke?! However, not everything went according to plan, as Ridge, although ecstatic to finally discover that Taylor was alive and well, had every intention of staying with Brooke! Regardless, Prince Omar and “Laila’s” relationship didn’t survive and he returned to his palace without her in 1995.

Prince Omar Rashid made another appearance on B&B in 2005 when he once again took a presumed-dead Taylor (this time after being shot by Sheila), and nursed her out of a coma. In the end, though, the Prince once again played second fiddle to her feelings for her beloved Ridge, and he was left to return home alone.

The debonair actor who portrayed Prince Omar, Kabir Bedi, has certainly had no shortage of work since he left the role. He has appeared in many television programs, including the mini-series, “The Maharaja’s Daughter”, and “Figlio di Sandokan, Il”. He has also done film work such as “The Hero: Love Story of a Spy”, “Taj Mahal: An Eternal Love Story”, and “Take 3 Girls”. Currently, the busy actor is appearing regularly on the Italian series, “Medicio in Famiglia”.

Soaps.com feels that although the dashing Prince may not have had very good luck with his lady love, Taylor/Laila, should the character decide to return to L.A. there are several other lovely Bold and the Beautiful residents that may be enticed to live in his palace! Princess Donna anyone?!