Ronn Moss Is Not Leaving The Bold And The Beautiful 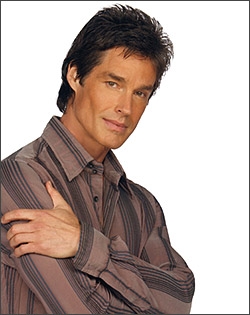 While rumors are fluttering around that Ronn Moss (Ridge) is leaving the show, Ronn is on tour, promoting his Uncovered album.

Although Ronn took some time off back in August, he has no intentions of leaving the show. The show will play off Ron’s leave by taking Ridge out of the picture for three weeks, sending Ridge and Donna over-seas for a publicity tour for “Brooke’s Bedroom,” starting September 11th.

So, fans, don’t get all worried when you don’t see the oldest Forrester brother roaming the halls of Forrester… He’ll be back!

Dancing In The Moonlight