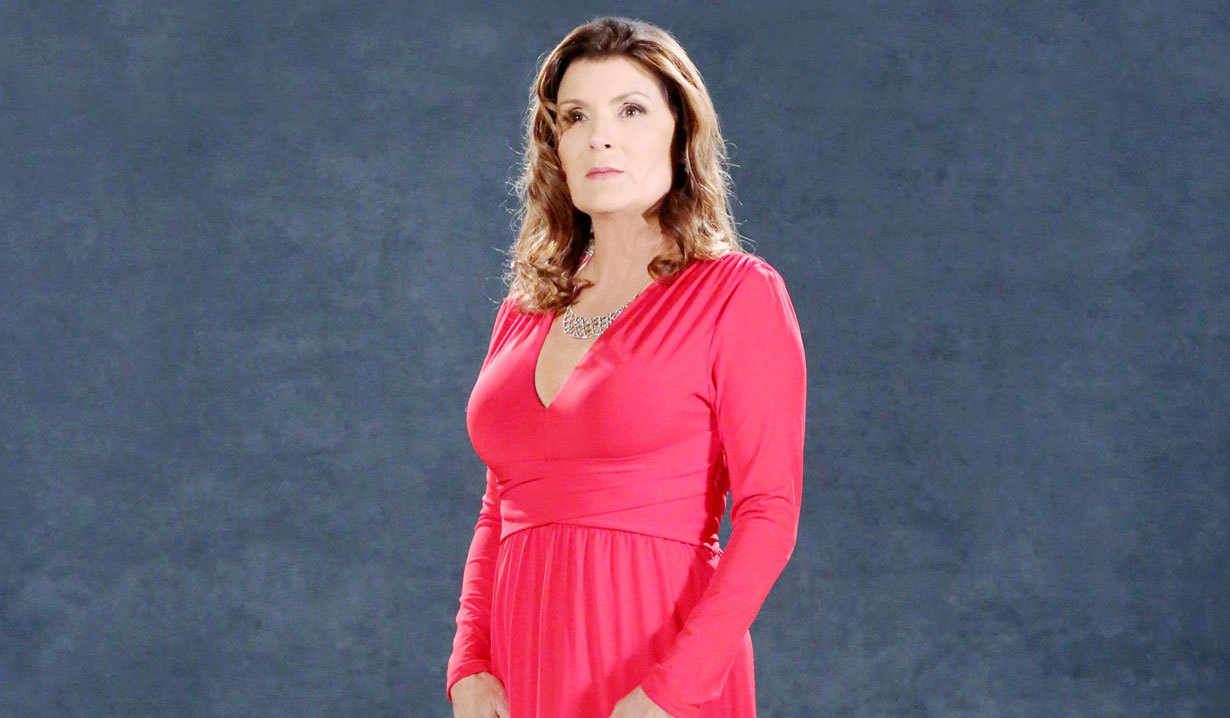 One of the most terrifying, ruthless characters in daytime.

After wreaking havoc in Genoa City on “The Young and the Restless,” Sheila Carter turned up in Los Angeles, on “The Bold and the Beautiful” and landed a job as company nurse at Forrester Creations. She quickly set her sights on the debonair Eric Forrester. Afraid that he would reunite with Brooke Logan, she altered the paternity test results for baby Bridget, so that Ridge would be shown as the baby’s father. She was interrupted partway through her plan by security guard Mike Guthrie, which caused her to mix up the tubes but she successfully duped them all and won over Eric.

In an effort to keep her past secrets from Eric, Sheila not only had to dodge visits from Forrester family friend, and Sheila’s sworn enemy, Lauren Fenmore, but also decided to see a therapist to make herself better. Jay Garvin convinced her to make amends, so she traveled to Genoa City to visit Lauren and apologize for her evil deeds. Things went awry when she overheard Lauren talking nastily about her, so instead of making nice, she launched a blackmail scheme against her. Meanwhile, she returned to L.A. and became engaged to Eric.

As always, Stephanie got into the mix – she was sure Sheila was hiding something and pressed Lauren to let her in on it. Lauren dealt with the blackmail threat and on the eve of Sheila’s wedding, she confronted her. In the ensuing fight, Sheila almost killed Lauren. Nevertheless, the next day at the nuptials, Lauren stood up to expose the truth about Sheila, sending her running off. She later returned and she and Eric were hitched.

More: Sheila Carter vs. the Forresters

Her next gig was to team up with Brooke in the takeover of Forrester Creations. Meanwhile, Mike Guthrie kept turning up and trying to blackmail Sheila over the paternity test switching. Lauren made another attempt at exposing Sheila by having Eric and Sheila visit Catalina Island at the same time as her and the dying Scott Grainger. This plan flopped too, so Sheila held onto Eric. But soon her therapist, Jay Garvin, was threatening tell all as well, so Sheila ended up sending him to his death over a balcony.

Onto the next therapist, Dr. James Warwick, who also saw right through Sheila. By now, she was scheming to get pregnant, even going so far as seducing Brooke’s lawyer, Connor, to assure herself of an inheritance from Eric. However, when she announced she was expecting, a shocked Eric told her he had a vasectomy. Sheila’s last-ditch effort to keep Eric involved getting help from James, but suddenly Lauren decided to spill all Sheila’s secrets, so she tried to drown her. Lauren escaped and wound up telling everything to James. Sheila imprisoned him so he couldn’t talk, in fact, she and Mike Guthrie held him captive for weeks until Sheila realized she’d fallen in love with him. Of course he turned on her and told the Forresters everything, causing Sheila to confront them all at gunpoint in a meltdown that ended in her swallowing a vile of poison and landing in a mental hospital.

After Eric had obtained a divorce, Sheila was felt to be making progress and was released. She returned to L.A., only to be rebuffed by old pal Brooke. Sheila made sure that Bridget’s true paternity results came to light and framed Brooke to take the fall for the switch. The only person who could help Brooke, Dr. Tracy Peters, was mugged and killed. After this, the Forresters ran Brooke out of town. Sheila decided to protect Brooke’s children from Stephanie – by poisoning her with mercury-laced calcium pills. Sheila framed Maggie Forrester for this, which led to an argument that almost caused Sheila’s death when she was impaled on a fireplace poker. She recovered at James’ house and ended up carrying his child. After the baby, Mary, was born, Sheila’s jealousy soon pushed James into the arms of his friend, Stephanie. Sheila shot her and kidnapped Mary and left town.

Mary underwent Soap Opera Rapid Aging Syndrome and a name change to Erica, and fell in love with Rick, who was married to Amber. Sheila came to town and paid Lance to drug Amber, but when he wanted to ‘fess up he was killed by bees supplied by Sheila. Sheila was exposed as Erica’s mother and wound up holding Eric at gunpoint and kidnapping Amber. When Taylor and Brooke happened upon them, she shot them both. Taylor ‘died’ and Sheila went to prison (but escaped).

In 2003 Sheila kidnapped Ridge in South America in an attempt to hurt the father of her daughter Diana, Massimo Marone. It didn’t work and Ridge was ‘killed’, that was the last of Sheila’s reign of terror on “B&B.” She went on to disguise herself and cause much more trouble in Genoa City until her recent death.

Sheila’s evil deeds at a glance:

Kimberlin Brown was born a California girl. She reluctantly gave up her dream of becoming an architect to pursue modeling and later acting. Once she got started she landed roles on numerous television series and on the soap opera “Capitol” as Danielle Steele! Once she began playing Sheila on “The Young and the Restless” and “The Bold and the Beautiful,” she twice received Soap Opera Digest awards for Outstanding Villainess and was nominated three other times in the same category. She also received an Emmy nomination for Outstanding Supporting Actress in 1992. Brown keeps busy these days acting in various film projects and being a mom.

Well readers, it’s been spooktacular fun re-living Sheila Carter’s reign of terror with you. At Soaps.com we get shivers up our spines just thinking about Sheila rising from the dead on Hallowe’en night and slipping back into L.A. under cover of darkness. Forresters beware!