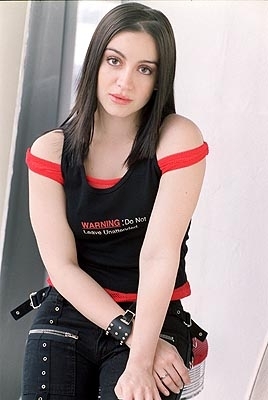 Soaps.com is delighted to share with readers that we have a happy new bride among the ranks of our former B&B actresses! Shanelle Workman (Gabriela) married her fiancé, actor David Gray last month (September 9th) in a beautiful wedding where the Maid of Honor was none other than Adrienne Frantz (Amber, Y&R)! Shanelle and her new hubby run their own companies, Act4Reel Voice Over and Acting Workshops.

Some readers will remember Shanelle from her days as Flash/Sara Roberts on OLTL. The actress is currently a recurring cast member on the television series, Cory In the House, and has told media sources that she is also talking to another soap – one she has never been on before!

Shanelle, who will now go by the name Shanelle Workman-Gray, is proud of her new husband (he works steadily as an actor and teaches at Act4Reel), her companies, "My kids are working," she says citing the success of one youngster who landed a role in Disturbia. Her voice-over prowess is well-proven too! She recently did the voice of Milligarde in the video game Baiten Kaitos Origins for GameCube, and before that did the voice of Pasadena Possum in Crash Tag Team Racing!

Soaps.com wishes all the best to the newlyweds both personally and professionally!

Drew Tyler Bell in the Movies!...