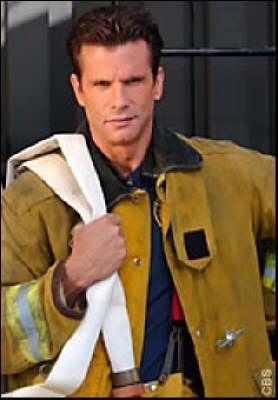 Soaps.com readers, do you find yourself wondering what B&B‘s Lorenzo Lamas (Hector) has been doing lately? We are excited to have found out that the hot Latin heartthrob has taken on an equally hot role for the Hallowe’en season! Lamas will be starring in a gritty and sexy adaptation of Bram Stoker’s Dracula at the Premiere Stages at Kean University in New Jersey. The talented son of Arlene Dahl and Fernando Lamas can be seen on stage from October 27, 2007 through November 3rd, 2007 at the Wilkins Theater in what promises to be “the most frightening and hypnotic event of the Hallowe’en season.” Director John Wooten, says they’ll be taking a naturalistic approach to the classic tale, “Our aim is to transport the audience to 19th Century England for a heart-pounding ride that provides no escape from the ‘undead'”. So, B&B fans, if you’re lucky enough to be in the New Jersey area over Hallowe’en, be sure to order tickets at Premierestages and catch the sexy Lorenzo Lamas as Dracula!

After he removes his make-up and packs away his costume, B&B‘s
Lorenzo Lamas will join Grand Marshall Jay Leno on November 11th at California’s Love Ride, the world’s largest one-day motorcycle charity event. Lamas will begin the ride at Glendale Harley Davidson with approximately 20,000 other riders and wind up at the Fairplex in Pomona where there will be a BBQ and entertainment by Greg Allmann. This is the 24th year for the Love Ride, which supports numerous beneficiaries. If you would like to join Lorenzo Lamas and other celebrities on this very special day, or during the other California Bike Week activities, more information can be found at Loveride or Calweek.

Lamas has also kept busy doing film work, including the recently released 30,000 Leagues Under the Sea and upcoming for 2008, Chinaman's Chance.

Here's wishing Lorenzo the best as he gears up to star in Dracula! Also, Soaps.com would like to recognize the B&B star's continued efforts to raise funds for charity by participating in events like the Love Ride! Great work!

Drew Tyler Bell in the Movies!...