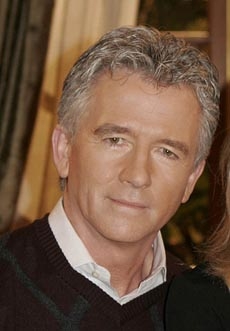 Soaps.com is pleased to report that Patrick Duffy is returning to his role on The Bold and the Beautiful. The actor, best-known for playing Bobby Ewing on Dallas, will be back beginning November 5th, 2007 as Stephen Logan Sr., father of Brooke, Donna & Katie.

With his first scenes airing at the start of November Sweeps, Patrick is bound to be jumping headfirst into the fray, defending his daughters against the Forrester matriarch, Stephanie. While some fans have been calling for a return of the Logan girls’ mother, Beth, to stand up for her girls in the face of Stephanie’s wrath, Brad Bell is sure that Patrick/Stephen is up to the job; “I look forward to him reprising the role; a dynamic character that will reach new heights as he stands up for his daughters and battles their arch-rival, Stephanie Forrester.”

Duffy debuted on television in The Man From Atlantis, before taking on the popular role of Bobby Ewing in 1978. After spending an amazing 13 seasons playing Bobby, Patrick then went on to star for seven seasons in the television series, Step By Step. His talent and experience certainly isn’t lost on fans of B&B, or on Brad Bell, who said, “Patrick was exquisite in his portrayal of Stephen Logan in 2006.”

So, Soaps.com readers, we can all look forward to cozying up in front of our television screens in a few weeks for some real autumn excitement on The Bold and the Beautiful!