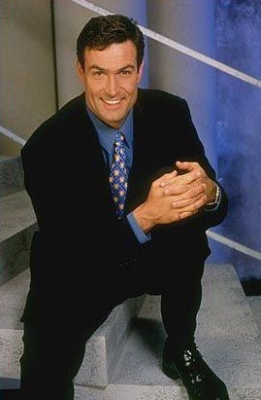 Soaps.com readers are a seemingly endless source of fabulous ideas! We hope Brad Bell and his writing staff are paying close attention as our Bold and the Beautiful Message Board contributors weigh in with their concepts and notions. Sit back, B&B writers, as we create pictures in your mind:

“Sally’s sister re enters the picture, she and Clark team up with Nick and Brooke to kick some Forrester Booty. In the meantime, Clark and Brooke scheme to get what they both want…” – KiKiMarie

“Brooke is very talented and I think she should start her own company, her and Clarke Garrison can work close together & compete with Forrester.” – Shaki

“Clarke always had the cutest and funniest way about him. He could be so arrogant and mean that you’d want to smack him, but just as loveable as a teddy bear. I love the way Daniel McVicar brings such a dry wit to the character…and he is also very sexy…Clarke needs a storyline of his own to give us an idea as to why he let his career get so off-track. At this point in Clarke’s career, they could make a really good storyline about this.” – Angie850

“If the death of Darlene Connelly was dealt with onscreen, it would be great way to bring Clarke back to the front burner by dealing with Sally’s death. Bring in Patrick Darbo as Sally’s sister and let them run Spectra Designs (or Fashions) and continue Sally’s legacy and humor! Bring CJ back with him and have father/son run the company and go up against the Forresters, like it used to be!” – daisy671

"…bring Clarke and CJ together to bond, console each other and maybe they will do a tribute to Sally Spectra…" - cantgetenoughYandR

"I want Clarke Garrison to be brought to front and center of the show because he's so handsome and most importantly a talented designer…I would like to see him back with Kristen. Kristen returns home because her husband was killed in some 3rd world country helping others escape gunfire. Clarke comes to her aide and they rekindle their love…" - LOVESClarke

"CJ and Clarke can have some father and son time team up together to bring back Spectra Fashions maybe recruit Brooke..." - Lady Spy

As the B&B Editor, and a Clarke Garrison fan, here are my thoughts: I would love to watch the talented Dan McVicar everyday as Clarke, helping to revive Spectra in Sally's memory and maybe even falling for Sally's sister! Imagine Patrika Darbo & Dan McVicar as a couple a la DOOL's Nancy & Craig! Fabulous entertainment!

Soaps.com wishes to thank all of our readers who took time to contribute and "Show the Love" for Clarke and his portrayer, Dan McVicar. It means a lot that you support Soaps.com and The Bold and the Beautiful! Your ideas are fantastic, and here's hoping your voice and opinions are being heard!