Former B&B Stars: Where Are They Now?! Updated! 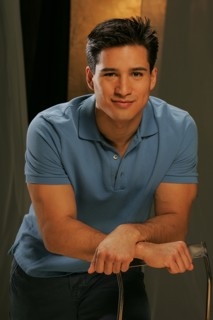 Soaps.com readers will remember this hunk from his thirty-episode stint as Dr. Christian Ramirez on The Bold and the Beautiful in 2006. The California-born Mario Lopez, is a talented actor, athlete, television host, and dancer! Who can forget the Dancing With the Stars: Season 3, runner-up couple, Mario Lopez and Karina Smirnoff, who became a real-life item when the show wrapped! The pair attended the wedding of Mario’s close friend, Eva Longoria over the summer (where Mario served as an usher), and most recently, Mario was spotted at 50 Cent’s poolside show at the MTV Awards in Las Vegas!

While Mario keeps himself very busy with appearances and hosting gigs, he also has some film work due to come out soon. Holidays in Handcuffs, which was shot in Calgary, Alberta, Canada, co-stars Melissa Joan Hart as a struggling artist/waitress who kidnaps one of her customers (Lopez) to bring home to meet her parents at Christmas. This made-for-TV film is currently in post-production. Mario’s latest project, currently in production in Albuquerque, New Mexico, is Husband For Hire, co-starring Nadine Velazquez, Erik Estrada, and Mark Consuelos(hubby of Kelly Ripa, ex-Haley AMC)! No details are available yet, but Soaps.com readers should watch their television schedules for both of these titles!

While Soaps.com is gratified to discover that Mario's life is doing so grandly, we sure wouldn't mind if Dr. Christian Ramirez made a 'house call' over at B&B!

Every Rose Has It's Thorne! Former...