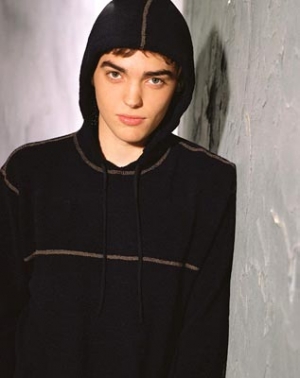 Soaps.com is pleased to let it’s readers know that while Drew Tyler Bell’s character Thomas Forrester, hasn’t been seen on B&B lately, the actor has been working on some other projects!

Drew, who was nominated in the Outstanding Male Newcomer category at the 2005 Soap Opera Digest Awards, can be seen in the feature film, Her Best Move, a teen flick about a 15 year old girl who has to juggle her priorities in order to take advantage of a chance to join the U.S. National Soccer Team. Leah Pipes plays Sara, (the girl) and the film also co-stars Scott Patterson (Luke) from Gilmore Girls. The film’s release date was September 7, 2007.

In other recent Drew Tyler Bell news, he attended the recent 20th Anniversary B&B Fan Club Event in July. In a name association game played where attendees had to guess which star would arrive next, Drew's name was represented by a photo of the Liberty Bell! At the Fan Club event he spoke to fans about his experiences filming The Seeker in Romania and told everyone the film is due out in October!

Soaps.com wishes Drew the best of luck in all his future endeavors. We look forward to checking out these great new films too!

This just in! Drew Tyler Bell will reprise his role of Thomas Forrester as
he makes a surprise visit at his mother's baby shower on Friday, October
12th! Also, Drew's movie, The Seeker, has hit theaters! Check your local
listings and check it out!!