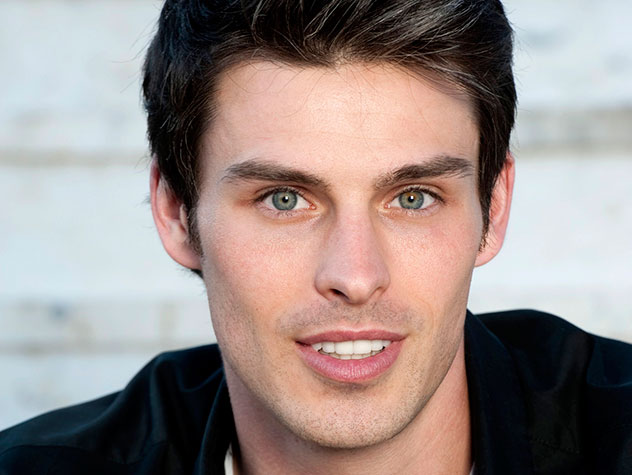 Taylor gave birth to Thomas in the back on Thorne's car. At the time, Thorne and Taylor were convincing everyone that the child was theirs, although it was, in fact, hers with Ridge. Though Taylor wanted to tell the truth, Brooke's announcement of a pregnancy by Ridge kept her quiet... Until Brooke and Ridge's wedding day. Taylor had learned that Brooke had been lying and, when this truth came out as well as Thomas' true paternity, Ridge had the marriage annulled and returned to Taylor and their son.

Suddenly in high school, Thomas met Caitlin Ramirez, who was working as an intern at Forrester. Soon they were dating. Unfortunately, she was also dating his older brother, Rick. Disturbed by this, he sought comfort with his former babysitter Amber Moore and they soon became a couple, much to the chagrin of his family. Ridge in particular never stopped meddling in Thomas' love life.

The young man would come to realize that Amber was the wrong woman for him however, particularly when she nearly killed Ridge in an effort to win him back. He tried to move on by resuming with Caitlin but it went nowhere. Luckily for him, he soon filled his time with his new friend Gabriela Moreno. The pair bonded over the loss of their mother's and Thomas shared his joy with her when Taylor returned from the dead. Trying to organize his life, he sought an internship at Forrester to fulfill his dreams as a designer. They turned him down so Spectra Couture quickly snapped him up. He also spent time trying to convince Brooke to let his father and mother reunite so that he could have his family back.

As he worked, he and Gabriela became closer and she told him that she was an illegal immigrant. In a bid to keep her in the country, he took her to Vegas to be wed. The family opposed it, though Taylor was more sympathetic. They were allowed to live in the mansion together only on the condition that they didn't have sex. This proved futile and the newlyweds couldn't resist forever. Discovering a condom wrapper, Phoebe brought the evidence to Taylor who confronted them angrily before going to immigration. While Gabriela's lawyer managed to keep her in the country, the two women battled, although Taylor did her covert best to keep her in the country. Finally, Gabriela agreed to annul the marriage and left.

After Gabby left, Thomas bid adieu to L.A. to go to college. Thomas returned for various family occasions and once to help Taylor, Steffy and Stephanie try and convince Ridge to reconcile with Taylor so they could all be a family again. Although Ridge enjoyed bonding with his kids and Taylor, he made it clear his future was with Brooke.

Thomas returned to become involved in Forrester business, and after Taylor gifted Steffy with her shares in the company, he decided to side with Brooke in the Forrester/Logan war. He appears to have fallen for Brooke, and when they traveled to Paris together while working on the Taboo line, he kissed her. Thomas fought Ridge to introduce a Taboo line for women. Ridge gave Thomas 5% of his stock, and Thomas plotted against his father. Thomas flirted with Summer and Madison, two young women at Forrester, but dates Dayzee. When Thomas traveled with Brooke to Australia to do a press conference, their plane crashed in the ocean. While stranded on an island, Thomas and Brooke ate hallucinogenic berries. After being rescued by Ridge, Taylor, and Bill, Thomas and Brooke were worried about whether or not they kissed while high. Back at home, Thomas was persuaded by Stephanie to lie and say he'd slept with Brooke on the island in return for her 25% of Forrester. Thomas's lie was exposed just as Ridge was about to remarry his mother, Taylor. Thomas lost the friendship and respect of Brooke and Dayzee over this, and his family members were angry with him.

Thomas humbled himself and went to work in the basement at Forrester. Soon he was back in the good graces of most of his family. Thomas set his sights on winning Hope as his love and took her to Cabo San Lucas, where he proposed. Hope turned him down because she still loves Liam.

Thomas began pursuing Caroline Spencer when she arrived in town, and after a brief challenge from Rick, has been successful. Thomas was the first person in town that Caroline told she had two mothers. He and Caroline became an item, and worked together to prove that Marcus didn't hit Anthony with his car.