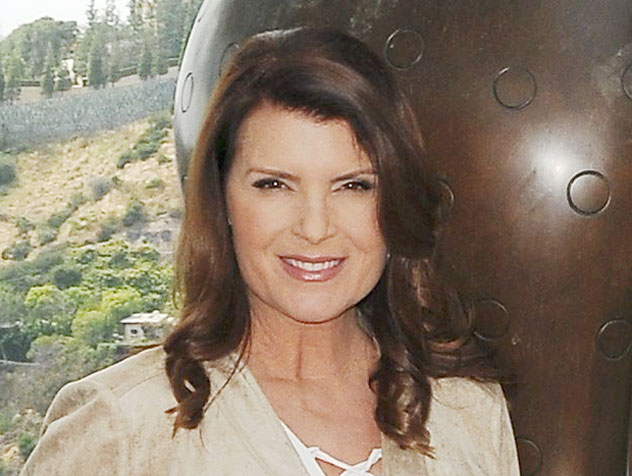 * Has killed repeatably to get what she wants.
* Escaped from mental institutions.
* Tried to change the results of Bridget Forrester’s paternity test.
* Drugged Eric Forrester.
* Tried to push Macy Alexander off the wagon by spiking her drink.
* Planned to kill James Warwick with a fire poker and held him hostage in her basement.
* Pulled a gun on Eric, Stephanie, Brooke, Ridge, Lauren, Taylor and James.
* Attempted to poison Stephanie by switching her calcium supplements with mercury pills and later framed Maggie for the crime.
* Threatened to kill Maggie, Thomas and Stephanie Forrester, as well as Amber Moore.
* Shot Stephanie Forrester.
* Held Ridge Forrester, Nick Marone and Brooke Logan against their will.

Who's played Sheila Carter over the years?

Shelia Carter first appeared in Genoa City in 1990 as a nurse working at Memorial. Since the first moment she laid eyes on Dr. Scott Grainger, Shelia has been terrorizing Lauren Fenmore. After drugging Scott, Lauren's husband, he and Shelia had sex and she became pregnant. Scott divorced Lauren out of obligation, then found out that Lauren was pregnant too. Unbeknownst to anyone, Shelia had a miscarriage, but was determined to still have Scott's child. Shelia then bought a child on the black market and switched it with Lauren's baby. Lauren's baby, Dillon, ended up dying of meningitis and Shelia went on to raise Lauren's real child Scotty. After Shelia's mother threatened to tell Lauren the truth, Shelia kidnapped Lauren and held her and her mother in a cabin. When the truth finally came out, Shelia tried to kill Lauren, but in the end Lauren and Scott were reunited with their child, leaving everyone to believe that Shelia had died in a fire.

On the run from the law, trying to start a life somewhere new, Shelia took off for LA and fell in love with Eric Forrester of Forrester Fashions. Although she managed to keep her identity hidden, Lauren showed up in LA to attend Eric and Shelia's wedding. Although Lauren was convinced to keep quiet for a while, Shelia's identity came out and she went on to cause much harm to those living the Bold and the Beautiful life and in her capture escaped prison twice.

While married to Eric, Sheila taunted Stephanie as being the new Forrester matriarch. She became fast friends with Stephanie’s other nemesis, Brooke Logan, but planned to switch Bridget’s paternity test results to insure Ridge – not Eric – was the father. However, she was prevented from doing so when Forrester security guard, Mike, caught her and threatened to reveal what she’d attempted to do.

Sheila’s next hurdle came when she realized her and Scott Grainger (from Genoa City) were still married. She managed to keep the truth from Eric, who ended up wanting a divorce anyway for all her shady dealings. Eric agreed to stay married if Sheila went to therapy with James Warwick. During her sessions James, also a friend with Lauren Fenmore, realized their connection, which led to Sheila unsuccessfully trying to kill James. She also gathered the Forresters together and held them at gunpoint. Sheila really lost it when Brooke stood in front of Stephanie, who Sheila planned to shoot. Having lost Eric and her best friend, Sheila wanted to die and downed some poison. Help arrived in time, her stomach was pumped and Sheila was sent to a prison for the criminally insane. After some time, Shelia was released into James’ care, despite Eric and Stephanie begging the parole board not to let her out.

It wasn’t long before Sheila was back to her old tricks. Though she became pregnant with James’ baby, in a tearful goodbye, Sheila handed little Mary over to James and his new love, Maggie Forrester. Sheila rushed out of Los Angeles and headed to Furnace Creek, where she met Amber Moore. When Amber moved to LA and became James and Maggie’s nanny, Sheila was able to see her little girl and planned to take her back. After another series of law breaking stunts, Sheila left town again, alone, until her next return where she shot Stephanie, who had been helping James raise Mary. Sheila managed to runaway with Mary, who years later was revealed to be Erica Lovejoy – a girl who arrived in town to seduce Rick and be the Forrester her mother Sheila always wanted to be. Ridge uncovered Erika’s identity, as well as the fact that his biological father Massimo Marone, had a one night stand with her mother Sheila. Backed into a corner, Sheila professed her true love to Eric, who denied her. Sheila pulled out a gun, and though she’d almost been talked down by Ridge's psychiatrist wife Taylor, Brooke appeared and startled Sheila, who shot Taylor by accident.

Sheila was sent to prison and even her daughter Mary wouldn’t have anything to do with her. While in prison, she and her cellmate Sugar managed to escape. Sheila learned Ridge and Brooke were marrying in South America, where she kidnapped him and lured Massimo, Ridge's father, to a foundry and stunned him with a baby girl, Diana, claiming she was Massimo’s. After a fight broke out, Sheila once again ran off into the jungle.

In 2005, Shelia returned to Genoa City in disguise as a student who Scotty (Lauren's son) was tutoring and convinced Scotty to write her memoirs. During their time spent on Scotty's new book venture, Shelia managed to poison Lauren and even worked with Michael's stepfather Tom Fisher to kidnap Lauren on her and Michael's honeymoon!

While everyone had thought Lauren died in an explosion during her and Michael's honeymoon, Tom Fisher had turned the tables on Shelia and had held both her and Lauren hostage. Amazingly, Shelia and Lauren had worked together to try to escape Tom's hold, but in the end failed. After Scotty had found out that his co-author partner was a fake and later found out and realized that the story for their novel was in fact a horror replica of his mother's life, Paul Williams was able to track Lauren and Shelia down in an old abandoned farmhouse and save Lauren's life. However, once again, Shelia escaped.

In October 2006, Paul found out that Shelia had plastic surgery to look like Phyllis Abbott. Since Paul had just seen the 'real' Phyllis, he became suspicious when he saw the Phyllis look-alike out buying baby clothes. To his surprise, he followed her to a warehouse to see that she had a nursery set up behind a makeshift cell. Paul turned the tables on Shelia and locked her in what she would've used to kidnap Lauren and baby Fen.

Although Paul told everyone that he had DNA proof that Shelia had died, Lauren's husband Michael followed Paul to the warehouse one day and now knows that Shelia lives on. However, Shelia managed to escape after shooting Detective Maggie Sullivan and took Phyllis, Summer and Lauren's son Fen hostage. Enemies of Shelia Carter know she's proven, repeatedly, to be a woman of many resources. Many were stunned when twins Daisy and Ryder Callahan turned up in 2009 claiming to be Sheila and Tom Fisher’s kids. The kids helps their aunt, Sarah Smythe, who looked like Lauren Fenmore, kidnap the real Lauren.

Back in LA, on June 9, 2017, Quinn Forrester rushed over to Katie Logan's house and found Sheila alone inside. Sheila claimed to be an old friend of the Logans, commented on having known Quinn's husband Eric and made a suspicious comment about 'getting another shot'. Quinn, who'd just been shot at by an unknown assailant, took notice of the comment. Later, when Katie returned home from having been questioned by Lt. Baker in regards to the attempt on Quinn's life, she found Sheila in her house. Katie grabbed a fire poker, thinking Sheila was the shooter, but Sheila ordered Katie to put it down!