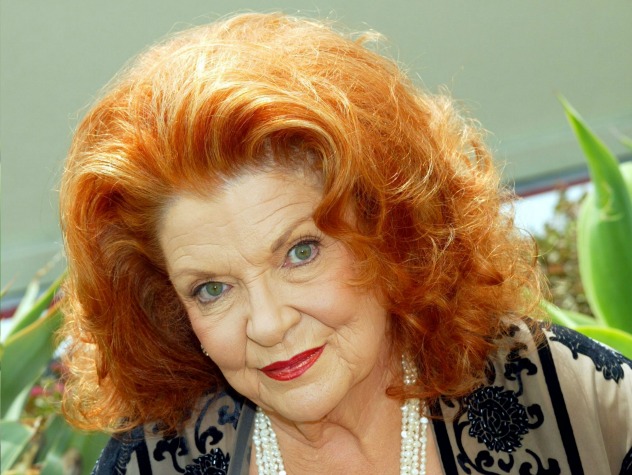 * The queen of nicknames! Nicknamed “Sal” by Darla, “Doll” by Stephanie. Sally called Stephanie “Highness” or “Queenie,” and called Felicia “Fifi.”
* Stole Forrester Creations designs.
* Hated the Forrester family and wanted to take them down - later became Stephanie Forrester’s friend.
* Lost her company, Spectra Fashions, on a bet.
* Wheelchair-bound (due to a real-life leg injury)
* Had a catchphrase – “Hello, Stephanie!”
* Responsible for Steph’s short hairdo, after a disastrous cut while drunk and alone in Stephanie’s office.

Who's played Sally Spectra Garrison over the years?

An optimistic Sally began her own fashion house, Spectra Fashions, with her husband Adam. The couple had a daughter, Macy, who would be a great support to her mother. Going up against Forrester Creations, Adam had to go to desperate ends to finance the venture and this included borrowing from loan sharks and mixing himself up with organized crime. When he was caught by the police, he was forced to go undercover for them. Eventually, the mob discovered his betrayal and he had to vanish from Sally's life to save his own.

After his disappearance, Sally found herself struggling and alone with her little daughter. Desperate to pull herself up from debt and disaster, she began to steal designs from other firms, rapidly making her the arch nemesis of Forrester Creations in the process. This strategy was helped along when she covertly hired Clarke Garrison, then a Forrester designer, to steal original designs for her which she would then pass off as her own. The designs he gave her turned out not to be Forrester's but his own and, when they were well-received, she brought him in as her designer under the name Beau Rivage.

Although Sally dubbed Stephanie Forrester a variety of nasty names, 'Queenie' and 'Highness' among them, she and Eric enjoyed a friendlier animosity, one which was frequently exacerbated by Sally stealing his designers. After she stole Clarke away, she went after Eric's daughter, Felicia, after he refused her designs. Although he reconsidered, Felicia had already joined with Sally. While this hurt and embarrassed him, he publicly offered to buy her out of the contract. Sally refused and managed to push her way further into Forrester territory thanks to substantial charity donations and trickery which allowed her to run joint fashion shows with them. On one famous occasion, she even managed to back an embarrassed Eric into singing a very public duet with her. She also had the help of Clarke and her son CJ to sabotage Forrester shows and embarrass the company.

In an attempt to catch her in her deceptions, Eric went so far as dating Sally, but even falling in love with him didn't stop her. Becoming even more determined, Eric proposed to her and, as soon as the ring was on her finger, she ordered the stolen designs pulled from her show. When an outraged Stephanie discovered the ruse, she confronted Sally and smashed her wedding ring (which was actually made of glass). While she was heartbroken, she understood why Eric did it and retained her affection for him. This would include pushing him toward Lauren Fenmore, although this was as much a matter of revenge on Stephanie as anything else. It would go as far as sending naughty photos of Lauren and Eric to Stephanie with her loyal surrogate daughter Darla's help.

In a last desperate attempt to save her company, she put everything she had into young Thomas Forrester's designs, which turned out to be a flop and cost her dearly in her battle with Forrester Creations. Darla provided Sally with much of her support in the later years. Particularly during Sally's strained marriage to Clarke. Darla, like Sally's daughter Macy before her, was married to Thorne Forrester and the pair did their best to look after her. Even after Darla tragically died, Thorne had Sally live with him and his daughter while she dealt with an illness that left her in a wheelchair. After her company collapsed, she went to work as a receptionist at Forrester, but her health was failing. During the time, she and Stephanie buried the hatchet and Sally became part of the Forrester clan, helping fight against Sheila Carter and growing close to the young children in the family.

Sally moved to the South of France where she occasionally send Clarke and Stephanie updates on her exploits, which often includes cabana boys.