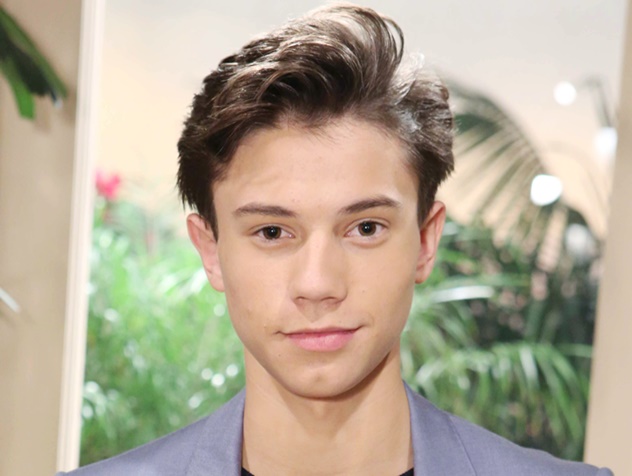 R.J. Forrester (as played by Anthony Turpel on The Bold and the Beautiful)

Who's played R.J. Forrester over the years?

RJ was the first child Brooke had with Ridge. At the time of his conception and leading up to his birth however, he was presumed to be the son of Nick Marone. This was because Brooke had slept with both Nick and Ridge around the time of conception. An initial paternity test proved that Nick was the father, a fact which prompted Brooke to annul her marriage to Ridge and become engaged to Nick. However, on their wedding day, Nick was arrested by the FBI, leaving Brooke open to Ridge's pleas for another chance. She succumbed. When the reunited couple tried to consummate their new relationship, she went into labor and gave birth. Nick later tracked them down to tell them that Ridge was the true father, an allegation which another paternity test proved to be true. Brooke ended up naming the child Ridge Junior as opposed to Dominick Junior as planned.

While split up, Ridge fought Brooke for custody of Hope and RJ after the kids were left alone and started a fire. Eventually they were returned to Brooke.

RJ went off to boarding school and returned to learn that his mother was set to marry Bill Spencer. He accepted a sword necklace from Bill, which upset Ridge, who later went missing in the Persian Gulf after Bill orchestrated his fall out of a helicopter.

The next time RJ returned home from boarding school in Ojai, he was dismayed to learn that Brooke was once again set on marrying Bill, and worked with Ridge to successfully derail the wedding plans. Bill left Brooke at the altar after finding her with Ridge before the ceremony. Brooke continued to pursue Bill, and at her request, RJ spent a day attempting to bond with Spencer, then went on to assist Ridge in making a heart in the sand to sway Brooke. RJ was thrilled when his parents became engaged as a result.

In the meantime, RJ fell for Coco Spectra, and convinced his family members to hire her as an intern at Forrester Creations. They briefly fell out when it appeared Coco had helped her sister, Sally, steal FC's upcoming line, but ultimately he stood by her and managed to get her reinstated after Ridge fired her.

After Ridge and Brooke's latest engagement ended when Ridge kissed Quinn in Australia, RJ accepted his mother's decision to go ahead and marry Bill. He and Coco found themselves in trouble after taking Ridge's Camaro for a joyride and getting into an accident when Coco took a selfie while driving, landing RJ in the hospital. Following that incident, RJ was again encouraged when Brooke left Bill, and gravitated back into his father's arms. RJ celebrated their latest engagement with the rest of the family at Thanksgiving.