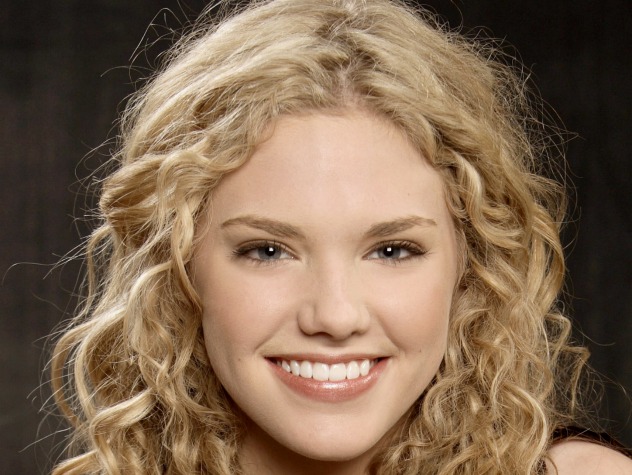 Who's played Phoebe Forrester over the years?

Phoebe was born a few minutes after her twin sister. Although their mother, Taylor, was suffering from tuberculosis and almost died giving birth, the three of them managed to survive.

She grew up fast, highly upset by her parent's collapsing marriage, she incorrectly blamed it all on her older brother's relationship with an immigrant girl and tried to get her mother to have her deported. She also had to go through losing her twin at the age of two after a rough day at sea put her off a boat and into the belly of a shark. Her parents tried to shield this brutal 'fact' from the little girl when she continuously asked where her sister had disappeared to. Although the grown ups told her that she must have gone to heaven, little Phoebe wasn't convinced. There was a good reason for this: She was right. Sister Steffy had in fact been kidnapped by crazy Morgan DeWitt. When Ridge discovered that his daughter and her mother were being held captive, he drove his car through Morgan's house and rescued them. The reunited family shared some happy moments, until Taylor was 'killed' by Sheila Carter.

As she continued to rapidly age, she was rarely seen on screen and spent most of her time in Europe at school. After her return, she was soon caught up in the life of her, now living, mother. When Phoebe's car broke down, she called her mother for help, but Darla got there first and Taylor accidentally ran her down. Unable to cope with the idea of losing her mother again, she agreed to go along with Hector and remained silent about the incident. Although things eventually came to light, Taylor was able to get off.

Now that Phoebe was a young woman, she began developing feelings for gardener Shane McGrath, but their budding romance was cut short by her increasing attraction to her young 'uncle' Rick. Although they are not technically related, they still resisted their attraction for a long time, a resistance buttressed by the intense opposition of most of their families.

Rick and Phoebe continued to see each other, but their relationship faced a new hurdle when record producer, Constantine, asked the couple to join his label. Phoebe was all for it, but Rick declined the offer believing Constantine was only interested in Phoebe because he wanted a more personal relationship with her. The three were drawn into a love triangle for a bit, but Constantine’s eye eventually wandered to Felicia. Rick and Phoebe continued on together, until Phoebe found out Rick had an affair with Ashley Abbott and broke up with him.

After some time, Phoebe decided she wanted Rick back, but Rick had fallen in love with her mother, Taylor. Phoebe walked in on them in bed one day and after the shock wore off, she accepted their union.

Phoebe became involved in the Forrester’s attempt to expose Marcus as an opportunist. She found his birth certificate revealing that he was Donna’s son and told her father, incurring her sister Steffy’s wrath, as she was in a relationship with the young man.

Phoebe went on tour and promoted Forrester Creation’s new fragrance “Phoebe” so she wouldn’t have to witness her mother and Rick together. However, she returned home for Ridge and Brooke’s wedding and mended fences with Steffy. While home, she learned of Rick’s manipulation of both her father and sister and grew furious. She went to Rick, but he was in a hurry to get to Ridge and Brooke’s rehearsal dinner. Phoebe jumped in the car he was in and while he drove to the party, Phoebe screamed at him and even physically attacked him. Rick became distracted by Phoebe and ran off the road causing an accident which led to Phoebe’s death.