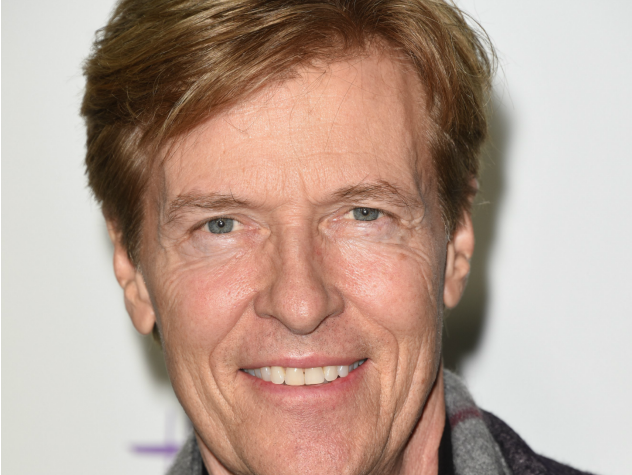 * Lived on the Shady Marlin.
* Didn't find out who his real father was until he was an adult.
* Has had had children or impregnated with three Logan women.
* Is bitter rivals with his half-brother Ridge.
* Went to Paris to bring Beth Logan to town for her daughter Katie.
* Got Katie pregnant, but she lost the baby.
* Found out Bridget's baby wasn't his - it belonged to his mother's husband!
* Divorced Bridget and started seeing Aggie.

Who's played Nick (Dominick) Marone over the years?

Dominick first appeared in a hospital under the watchful care of Bridget Forrester. He was careful to hide his Marone ring and keep his real identity a secret. Soon however, his mother Jackie admitted to Massimo that Nick was their son. The news wasn't well received by his girlfriend, Brooke, who thought that, for once, she wasn't dating a Forrester. Although he was accepted by his new family, Brooke broke with him and went back to Ridge. He quietly waited out the relationship and, when his half-brother was apparently dead, resumed his relationship with Brooke. She became pregnant and, to complicate things, Ridge returned from the dead. Once her marriage to Ridge was annulled, she began her trip to the altar with Nick when Ridge halted the service, having both him and his father thrown in jail. With all charges dropped, he found another problem: The paternity tests were flawed. New tests revealed that Ridge was actually the father and Nick, crushed by the news, bowed out.

In an effort to get over Brooke, he had a fling with Felicia that ended when she left town. Nick wouldn't stay alone for long. He soon developed a relationship with Bridget and they planned to get married. Their wedding day was unfortunately interrupted by the re-appearance of Taylor, who had been presumed dead. This meant that Ridge's marriage to Brooke would be over and pushed Nick to realize that he had not gotten over her. In typical fashion, Nick found something in the way of what he desired. Bridget, it turned out, was pregnant. To test him, she told him that she had an abortion. Quickly, he and Brooke planned a reunion but, before that could happen, Bridget confessed her plan to him. Disappointed that they could not be together once again, Brooke and Nick decided that it was best for him to remain with Bridget and the baby.

While Nick and Bridget began to rebuild their relationship, Felicia suddenly returned...with Nick's son Dominick Jr. in tow. She had the child while in Europe and had not told anyone. To add to this revelation, she also broke the sad news that her cancer had returned and she would soon die. In case of her death, she wanted Nick and Bridget to take care of Dominick, a request which was easily granted. Excited by fatherhood, he and Bridget prepared for a long life together when she tragically went into premature labor and gave birth to a stillborn daughter. Although they were both crushed by the loss, Bridget offered him the chance to leave; an offer she turned down as he promised to stay with her regardless of anything that came in their way. Another blow soon came when a paternity test revealed that Dominick was not actually Nick's son, but Dante Damiano's. After this, Bridget did leave and went with Dante to raise Dominick.

Alone, Nick returned to Brooke, who happened to be engaged to Ridge at the time, but that wasn't enough to stand in the way of their getting married. Unfortunately, only weeks after the wedding, Nick had a one-night stand with Bridget while he was intoxicated. This was the end of the marriage for Brooke.

From this point on, Nick went to war against the Forrester's, a position only intensified when Stephanie put his mother in a coma. With his mother's assistance, he demanded that Stephanie give control of Forrester Creations to him or he'd have her sent away. Immediately taking over, he met the family's resistance by defiantly installing Donna Logan as the new face of the company and meeting Stephanie head on as she battled with him. This would climax with the vow that he would never relinquish control until she was dead.

Around this time, he also entered therapy with Taylor. Recalling his younger days, he remembered that his mother used to sell herself for money. Although this caused a great deal of friction between mother and son, he eventually would become reconciled to it. This revelation did, however, get into the hands of Stephanie who did not hesitate to proclaim it loudly to the public at a major fashion show. The scandal forced Nick out of the position of CEO at Marone Industries. While the new CEO tried to sell Forrester back to Eric, Nick managed to sell off his Marone shares and buy Forrester in its entirety. This infuriated Eric, Ridge and Throne, but things would get worse when he launched a plan to radically re-brand and re-package the company.

Nick and Taylor grew close and after she ended her relationship with Thorne they fell in love and became engaged. Brooke decided she wanted Nick back, but he remained committed to Taylor and they got married. They decided to have a baby via invitro fertilization and used a donor egg. They had a baby boy named Jack, but it was later revealed the egg used unknowingly came from Brooke. This caused friction for obvious reasons, but Brooke signed away her rights to Jack so they could all be a family.

In the meantime, Nick gave Forrester Creations back to Eric under the stipulation that he divorce Stephanie.

Taylor didn’t fair well with the reveal that Brooke was Jack’s mom and eventually left Nick when he admitted he was still in love with Brooke. Taylor began to spiral out of control and Nick gained custody of Jack. Brooke was committed to Ridge by now so Bridget stepped in and helped Nick with his son. Nick and Bridget decided to give their relationship another chance and then Katie got sick and needed a heart transplant. Bridget and Nick took her in and helped take care of her. Believing she was going to die, Bridget urged Nick to make Katie’s last days as happy as he could, considering Katie was falling in love with Nick.

Nick obliged and the two slept together while out at Catalina Island. Katie survived her heart problems and they kept their one nightstand a secret from Bridget. Nick and Bridget got engaged and Katie even officiated their wedding. However, the honeymoon was short lived, as Katie found out she was pregnant with Nick’s baby and they were forced to tell Bridget the truth. Bridget left Nick and Katie moved into Nick’s house. Katie unfortunately lost the baby, but they decided to stay together as a couple.

Their union didn't last long, as Nick as was still in love with Bridget. Realizing this, Katie broke up with him and he remarried his ex-wife.

The Marones wanted a baby and hired Sandy Sommers to be their surrogate. Nick soon discovered she had been raped in the past and lied about herself on her surrogacy profile. Sandy convinced him not to tell Bridget and he helped her track down and arrest her attacker. When Bridget eventually found out, she was furious, but forgave Nick. However, she wanted nothing to do with Sandy if it didn't involve the baby. Sandy however, developed feelings for Nick, but insisted she wasn't a threat to their marriage.

After the drama with Sandy's real identity being revealed and the baby being lost, Bridget had a one-nighter with Owen unbeknownst to Nick. Bridget became pregnant and she and Nick were ecstatic. Eventually, it was revealed that the baby his wife was carrying wasn't his, however. This nugget came from Aggie, who overheard Bridget and Owen talking. Nick divorced Bridget and began sleeping with Aggie. Nick also dismissed Bridget, Owen, and his mother from the business. He promoted Amber to head designer, but she stole designs from Forrester and had to be fired.

Nick worked to kick his habit of smoking cigars after a spot was found on his lung. Stephanie set up an intervention for him. Aggie left town after Nick told her he wasn't feeling as strongly as her, and he hasn't dated since. Nick has entered into an agreement with Bill Spencer in hopes of reviving Jackie M.

Viaplay to Launch in U.K., Canada, Germany, Switzerland and Austria