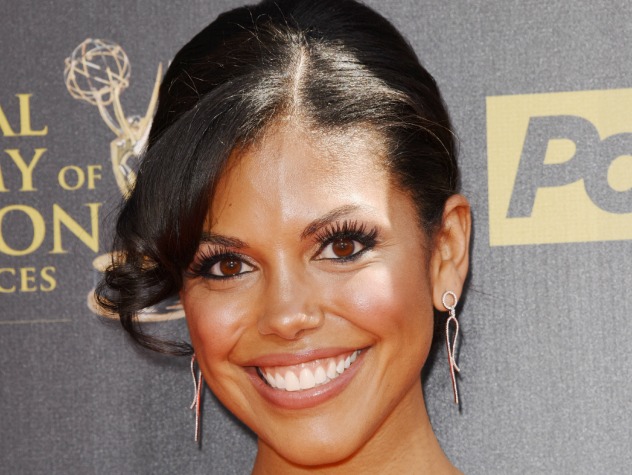 * Used to live on Skid Row.
* Went to prison for a crime she didn't commit.
* Gave up her baby for adoption with Dayzee's help.
* Learned her child had died.
* Became a model for Forrester Creations.
* Became engaged to Rick Forrester.
* Acted in a web series with Carter Walton called Room 8.
* Left Rick for Carter.
* Decided she wanted Rick back, and the lifestyle being a Forrester could provide. Carter dumped her and she went after Rick while he was still married to Caroline.
* Kissed Oliver Jones.

Who's played Maya Avant Forrester over the years?

Maya arrived in town fresh out of prison where she'd been incarcerated for a crime she didn't commit. She looked up Dayzee to help her find the baby girl she had given up for adoption with Dayzee's help on Skid Row when she was sentenced. Dayzee tracked the child down, but they soon learned she and her adoptive parents had died in a car wreck. Maya got an apartment over Dayzee's cafe and met Rick Forrester while he was volunteering as a waiter. He flirted with her and let her believe he was down on his luck until he took her to the Forrester boutique and the staff gave his true identity away. Maya was upset to know he'd lied.

Maya decided to date Carter, encouraged by Dayzee who thought she should steer clear of Rick. Meanwhile, Rick’s jealous girlfriend Caroline made Maya feel as uncomfortable as possible when he gave her a job as a model at Forrester Creations. There were sparks between Maya and Rick, and eventually she demanded he choose between her and Caroline. He chose Maya, but their happiness was short lived when Caroline’s uncle Bill Spencer threatened to get her thrown back in jail if she did not back off of Rick. She relented and broke up with Rick.

Maya finally told Rick about Bill’s blackmail and he left Caroline for her. Happy with Rick, Maya began filming the online series Room 8 with Carter as her love interest. When sexy scenes started appearing in their scripts, secretly orchestrated by Caroline, Rick grew uncomfortable while Carter pushed for a real relationship with Maya. Despite being pulled to Carter, Maya stayed true to Rick. But when Rick didn’t show up to her show’s premiere she succumbed to a passionate kiss with Carter. Maya ended it there, but broke up with Rick anyway when she realized Caroline would always meddle in their relationship.

Carter and Maya got engaged and began making wedding plans, but she still yearned for Rick who was now married to Caroline. Her feelings for Rick didn’t stop her from sharing a kiss with Forrester photographer Oliver Jones. But when Oliver grew feelings for Ally Forrester and suggested she model for the company, Maya told Rick and Caroline that Oliver was only using Ally to keep his job at Forrester.

Maya became preoccupied with getting back the lifestyle she could have had with Rick, so Carter ended their engagement. Maya tried to get Rick’s attention while he was married to Caroline, for a while to no avail. But when she caught Caroline and Ridge getting close at work, she told everyone in a meeting, causing Rick to run right into her arms, and bed. She began immediately pushing for Rick to end his marriage to Caroline so they could rule Forrester together.