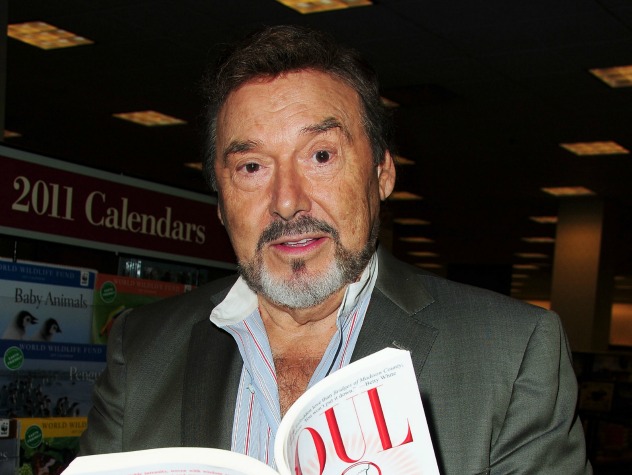 Who's played Massimo Marone over the years?

Massimo is a long time friend of Stephanie Forrester. The two had attended college together along with Eric, who has never trusted him since he's always suspected him of being involved in organized crime.

He became Stephanie's secret confidante after her first divorce from Eric and would later become more overt in his meddling with her and her relationships. This role attracted substantial hostility from Ridge, but things were to turn more agonizing for the favored son. After Ridge's accident, his blood tests revealed that he was not Eric's biological child. This news prompted Massimo to recollect his time with Stephanie in their younger years and they realized that he must be their son. Stephanie swore him to secrecy however and Massimo could only watch from a distance, doing what he could to aid in the progress of his secret son. The truth eventually came out, crushing Ridge.

The young man soon developed a relationship with his new found father however and left Forrester to help him in business. Another revelation soon came to light: Massimo had yet another son, Dominick. This son was the product of a relationship with Jacqueline and proved to create even more of a problem. Both of Massimo's sons were in love with Brooke Logan. While they fought over Brooke, Massimo and Jackie remarried, but this return was not entirely to form. He flew into a rage when he discovered that she was keeping the paternity of Brooke's child from Ridge.

Increasingly distant from her husband, Jackie began an affair with Deacon Sharpe. When Massimo discovered this, he had a stroke and wound up confined to a wheelchair incapable of speech. In that state, he was degradingly forced to watch while Deacon seduced his wife before his eyes. As he slowly regained control of his body and his life, he hired Heather Engels to give Deacon a push off the wagon. When Deacon fell, Massimo proved surprisingly magnanimous and reconciled with Jackie.

Things were not to last though and they quickly divorced. After that, he returned to Stephanie's side, as her friend, and helped her find the documents that would cement her claims on Forrester Creations. While he wondered if they could have a life together, nothing came of it.

After Nick convinced the Marone board to make him the new CEO, Massimo left L.A.