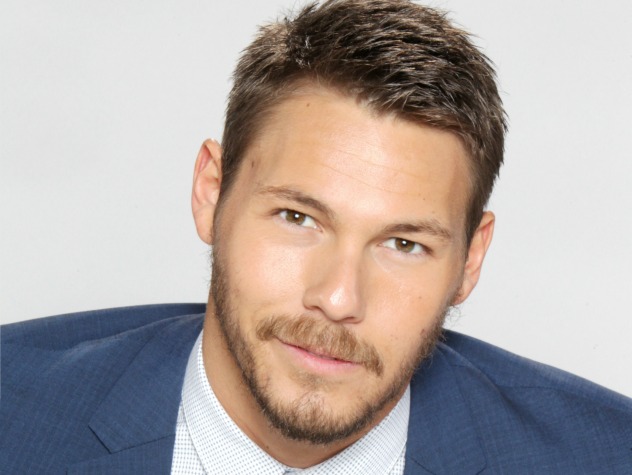 * Accidentally taped a conversation between Steffy and Ridge revealing the tryst of Oliver and Brooke.
* Found out his father is Bill Spencer.
* Lives in Bill's Malibu beach house.
* Loves both Hope and Steffy.

Who's played Liam (William) Spencer III over the years?

Liam came to L.A. as a computer technician interning at Forrester Creations. Liam accidentally recorded a conversation between Ridge and Steffy revealing the tryst between Oliver and Brooke. Justin Barber overheard the tape and used it to cause major problems. Liam admitted the truth to the Forresters, and announced that he was seeking his father - he thought it might be Ridge. Ultimately, it came down to a paternity test between Thorne and Bill to see who was Liam's biological father - it turned out to be Bill.

Liam dates Hope Logan, who along with Katie, helped Liam and Bill forge a bond. On the night Bill introduced Liam to the world, Amber followed him home and took advantage of a concussion by telling him that they'd had sex. Amber claimed to be pregnant with Liam's baby, but when her child was born, it quickly became known that Marcus Forrester was the father.

Liam and Hope continued dating happily until he rescued Steffy from a near-death mishap in her bathtub. Steffy then set her sights on her knight in shining armor. She and Liam forged a connection of friendship that included flirtation and even kisses. When Hope spotted them kissing and broke things off with Liam, Steffy was there for Liam, and he proposed to her. They celebrated their engagement in Aspen, where Steffy planned a surprise wedding ceremony, managing to hold off Hope with Bill's help, until the vows were completed.

Back in Los Angeles, Liam seemed torn between his love for Hope and his love for his new wife. On a vacation in Cabo San Lucas, Liam and Steffy ended up at the same resort as Thomas and Hope. Steffy was hurt in an ATV accident and Bill paid a doctor to fudge the MRI results to keep Liam with his wife. Once the ruse was exposed and Steffy was better, Liam asked for an annulment. Steffy refused and held out for a divorce. Meanwhile, Liam had gone back to Hope, who was on anti-anxiety meds and seeing a therapist. They all wound up in Aspen, and after Hope went home because of the paparazzi, Steffy presented Liam with the annulment papers. He tore them up. Liam was in hot water when Brooke found out, but she agreed to keep quiet and carried on planning Liam's wedding to Hope in Italy.

Liam and Hope were married in Italy after Bill interfered unsuccessfully by bringing back Hope's biological father, Deacon. But not before Liam had assumed Hope had ditched him and made out with Steffy at the hotel. Back home in Los Angeles, a video of Liam kissing Steffy came out right as Hope and Liam were to be remarried because they'd learned the Italian marriage wasn't legal. Liam had hung out with Steffy the night before and ended up begging Hope for another chance while still sporting the temporary tattoo and blue hair from the club the night before. Hope told him he didn't deserve her. Liam ended up back with Steffy, who moved in with him, but kept her loft. When Steffy had to go out of town on business, Hope made a beeline for the house to try and win Liam back. Steffy, who hadn't yet left town, found out she was pregnant and returned to the house with her happy news, only to see Liam kissing Hope. Liam spent time with Hope while Steffy was away and was pressured to ask Steffy to move out. Brooke went a step further and planned a recreation of the Italy wedding in Liam's backyard. He was contemplating going through with a wedding to Hope when Steffy arrived with the news that she was carrying his child. Liam elected to stay with Steffy and they were married outside the Forrester mansion, where Steffy rode up to the ceremony on a motorcycle wearing black. Liam was thrilled and whisked his new bride away to Aspen to honeymoon.

Back in L.A., Steffy went against Liam's wishes and rode her motorcycle because of a traffic jam keeping her from getting home. She had an accident and later lost their baby. Liam tried to support her while dealing with his own feelings of loss and anger. Soon after, Steffy learned that there had been complications during her D&C and she could no longer conceive. Devastated, she told Hope to be with Liam and left town. Liam went to find Steffy and discovered the real reason she had left so he had closure. He returned and became engaged to Hope, who was dismayed to learn that she would once again have to wait six months for Liam to be divorced. Liam found he had a new rival for Hope's affections - a stranger named Wyatt she had met near Big Bear. Wyatt later was revealed to be Bill's other son, and Liam's half-brother. Liam punched Wyatt for kissing Hope, but Bill still insisted that Wyatt move into the Malibu house. Things were okay until Liam witnessed Wyatt getting up in Bill's face about abandoning Katie and Will. Liam asked Wyatt to move out and looked forward to spending alone time with Hope, who had moved in.