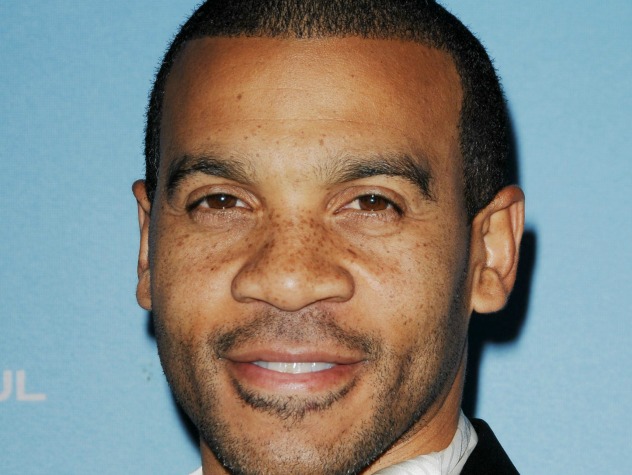 Justin Barber (as played by Aaron D. Spears on The Bold and the Beautiful)

Who's played Justin Barber over the years?

After dating Donna in high school, Justin Barber went to college on the east coast on a basketball scholarship. A career-ending knee injury dashed his dream of becoming a professional athlete and he turned his attention to business. He landed a job with Bill Spencer, Jr and became an executive vice president for Spencer Publications in New York. He came to Los Angeles to help Bill take over Forrester Creations and got reacquainted with Donna. Upon learning she gave her son Marcus up for adoption as a baby, Justin wondered if he was the father, then it was confirmed. Justin comforted Donna after her split from Eric Forrester, and upset his boss, Bill, when he decided to tamper with Steffy's presentation in order to cause a scandal at Forrester which would benefit Bill. The problem? He had to expose Bill's wife's sister's (Brooke) secrets in the process!

Justin and Donna decided to remarry and Justin asked Marcus to take his last name, which he hasn't done yet. Justin became a grandfather when Marcus fathered Amber Moore's baby, Rosie.

Justin and Donna realized they rushed back into remarriage and they separated and decided to divorce.

Justin continued to work for Bill, and when he split from Katie, Justin helped draw up papers trying to trick Katie into giving Bill custody of Will and his company, which she had becomes CEO of with Karen's help, back. Brooke took the papers and Katie was angry with Justin. He retained his job at Spencer, but wasn't allowed in Katie's inner circle. Justin pressed Bill to try and regain control of the company.

Bill finally convinced Brooke to marry him in Abu Dhabi, and Justin was enlisted to make sure nothing went wrong. When Ridge interrupted the wedding ceremony and tried to spirit Brooke away on a helicopter, unbeknownst to Ridge, it was Justin piloting the chopper. At Bill's signal, Justin dumped Ridge out of the helicopter into the Persian Gulf. He went missing and Bill and Justin were frantic to hide their involvement. Once Ridge turned up and they all were back in Los Angeles, Ridge's memory began to return and he confronted Justin. Justin stayed quiet, but the truth came out eventually. Neither Justin or Bill were prosecuted.

Justin was next called upon to help Wyatt get restraining orders on his mother Quinn, once Bill convinced him it was a necessary move to save his marriage to Hope. Justin got the paperwork very quickly, but not in time to stop Quinn from paying Hope a visit during which she fell and miscarried her and Wyatt's child.