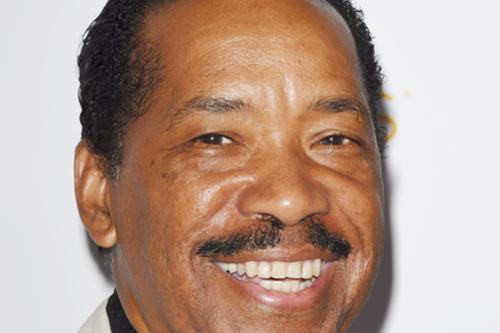 * Raised his family strictly in Evanston, Illinois.
* Became estranged from his son Myron when he transitioned to a female, Maya.
* Was thrown out of Maya's wedding to Rick Forrester for his negative views.
* Returned to LA when he learned his daughter Nicole was going to act as surrogate for Maya and Rick and tried to talk her out of it.
* Secretly had a daughter out of wedlock, Sasha, who was a friend to Nicole.

Who's played Julius Avant over the years?

Julius Avant, along with his wife Vivienne, raised daughter Nicole and son Myron in Evanston, Illinois, but became estranged from his son when he moved to Los Angeles and transitioned to a female, Maya. Along with his wife Julius made the trip to LA after Nicole followed Maya there and promised to try and accept her – after he learned Maya was engaged to wealthy Rick Forrester.

Maya’s life was not easy for Julius to accept, even after seeing her headline a runway show, and his feelings became clear at her wedding when Maya overheard her father tell her mother the ceremony was a freak show. Maya asked him to leave and he and Vivienne went back to Illinois.

Months later Julius and Vivienne returned when they learned Nicole was planning on acting as a surrogate for Maya and Rick, carrying the baby and using one of her eggs. Julius was adamant Nicole was ruining her life and putting her health and relationship with Zende Forrester Dominguez at risk. Julius even tried to get Zende to talk Nicole out of it, but she went ahead with the IVF procedure and became pregnant the first time.

Just as Julius was trying to accept Nicole’s decision, her longtime childhood friend Sasha came to LA for a visit. Julius was shocked and insisted Sasha leave town. Sasha wanted the lifestyle the Avants had acquired, but Julius was out of work and had no money to give her. Julius even left Sasha behind when the whole family went on a Hawaiian vacation. After Nicole tried to have a modeling gig from Sasha rescinded, she told Julius she no longer had any loyalty to Nicole.