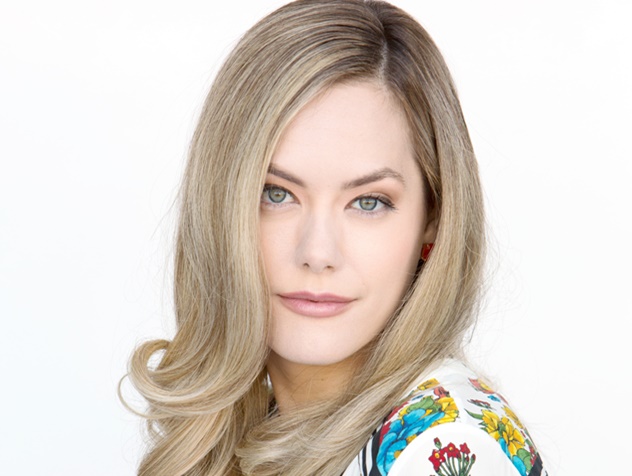 * Conceived when Brooke had an affair with her daughter Bridget's husband Deacon.
* Wasn't named until a month after her birth.
* Almost drowned in Brooke's hot tub.
* Had father figures in Whip, Nick, Ridge and Deacon at different points in her young life.
* As a teenager became an intern at Forrester Creations creating a rift between her and stepsister Steffy.
* Inspiration and face of the Hope For The Future line.
* Fought with Steffy over Liam for years.
* Spent several years in Milan after suffering a miscarriage when married to Wyatt.

Who's played Hope Logan over the years?

Whip Jones had claimed to be the father of Hope during Brooke's pregnancy, but this was merely a ruse to protect her from scandal. The truth was that the baby was the product of an affair between Brooke and her son-in-law Deacon. She was born in the cabin at Big Bear, delivered by Stephanie and Bridget. When the truth came out, it caused friction between Brooke and her daughter Bridget.

As the months went on, the baby remained nameless until a conciliatory lunch between Brooke and Bridget prompted her to name the child 'Hope' as a symbolic gesture to their shared future together. As she grew older, she spent more time with her half-brother Eric along with her father and his new wife. When the Logan and Forrester clans began refusing Deacon access to his child, he sued for custody of his children. He only won it for Eric and came to sign away his paternal rights paving the way for Nick Marone to adopt Hope.

Brooke became pregnant again and when the baby was revealed to be Ridge's, she left Nick and married Ridge.

Hope was aged in 2010 to a teenager and became an intern at Forrester Creations, which Steffy took issue with. Katie helped her develop a campaign pitch, which was chosen over Steffy's, creating a deeper rift between the stepsisters. Steffy tried to sabotage Hope's campaign, but it backfired. Hope started dating Oliver, and kept him in spite of Steffy's efforts to come between them.

At Hope's graduation party, everyone wore masks, and her boyfriend Oliver mistakenly had sex with her mother, Brooke. When Hope found out she went to stay with Stephanie and dumped Oliver. He tried to make up with her, and it worked briefly, until she met newcomer Liam and became involved in his quest to find out the identity of his father.

Liam and Hope began dating and even though Steffy made advances and Bill thought Liam could do better, Liam fell in love with Hope. But when he got drunk at a party and hit his head, Amber Moore made him believe they had sex and she was pregnant with his child. This caused Oliver to try harder to win Hope back.

When Amber delivered a black baby, Liam knew he wasn’t the father and was able to stop Hope from accepting Oliver’s marriage proposal. Still, she wanted to remain a virgin until marriage and publicly announced just that with her Hope For The Future line at Forrester. Steffy took advantage of this and used her sexuality to try and lure Liam. When Hope caught them kissing, she abruptly ended their engagement and returned the ring. Liam turned right around and gave the ring to Steffy before Bill sent them off to Aspen to get married. Hope was too late to stop the wedding, and was forced to watch Liam and Steffy exchange their vows.

Steffy’s brother Thomas Forrester became interested in Hope, and on a trip to Cabo proposed marriage. Unexpectedly, Liam and Steffy were at the same hotel. Thomas and Steffy worked together to keep Hope and Liam from each other when they realized they were all at the same resort. It didn’t work. Liam and Hope kissed, and Steffy was hurt when she fell off of an ATV. Bill doctored Steffy’s x-rays to make it look like she had a blood clot, and Liam felt obliged to stay with her. When the truth came out, Steffy refused an annulment and demanded a divorce. Hope moved in with Liam while they waited, but let her issues about her mother’s sexuality affect her intimacy with Liam.

At Brooke’s urging, Hope went to a therapist who prescribed anti-anxiety medication. Hope abused the pills and her therapist wouldn’t give her more. Amber bought some online and made Hope believe they were from her doctor. Hope’s drug abuse increased as the press labeled her a home wrecker, and she nearly drowned at a barbecue. Hope promised Liam the drug use would stop, but she continued and injured Steffy on the slopes in Aspen. Liam rescued Steffy, ripped up his annulment papers and kissed her.

Still, Hope and Liam moved forward with their plans for an Italian wedding despite Liam’s pull to Steffy and Bill’s meddling. Upping the ante, Bill got Hope’s father Deacon Sharpe out of prison and in front of Hope as she was about to meet Liam at their wedding. Deacon apologized for not being there for her, and detained her long enough to miss her nuptials. She was able to explain to Liam and they got married later that day, but she didn’t know that while she was racing to the wedding, Liam and Steffy were making out, and it was all recorded on his tablet.

Back from Italy, Hope saw the video and refused to legalize their Italian wedding, instead insisting on a new one. But when Liam showed up late after a night of clubbing with Steffy, Hope called it off. Liam went back to Steffy, but Hope wasn’t over Liam. When Rick confessed he had his friend lie about seeing Steffy and Liam kiss at the club and Dayzee overheard Bill plotting, Hope convinced Liam they deserved another shot. He agreed and they kissed. Steffy saw them and, knowing she was pregnant, left Liam to sort out his feelings for Hope.

Brooke threw Liam and Hope a surprise wedding, but just as they were about to make it official, Steffy rushed in and announced her pregnancy. Liam decided to be with Steffy and they got married. Hope threw herself into her Hope For The Future rebrand. But when Steffy lost the baby in a motorcycle accident and learned she couldn’t have another baby, she left for Paris and gave Liam and Hope permission to be together. Liam wasn’t ready to fully commit to Hope.

Alone in Big Bear, Hope spotted a man taking a shower and snapped a picture before running off. She knocked herself out, and he kissed her awake. He introduced himself as Wyatt Fuller and they began to spend time together. They kissed at a Fourth of July party before Liam arrived to claim his girl. But he soon left for Paris to get closure with Steffy.

Hope was upset when she learned her mother was involved with her sister Katie’s husband Bill, but forgave her. She got closer to Wyatt while Liam was in Paris learning the truth about Steffy’s infertility. When Liam returned he proposed to Hope and she accepted.

Hope soon connected the dots that Wyatt was another of Bill’s sons, tipped off by the same sword necklace he and Liam wore. The necklace was designed by Wyatt’s mother, Quinn Fuller, who was involved with Bill years ago. Wyatt moved in with Liam, but was tossed out after he kissed Hope. Meanwhile, Steffy decided she wanted a divorce instead of an annulment.

While deciding on a designer to create accessories to go with her rebranded line, Hope decided on Quinn Artisan Jewelers. A deal was made, but Liam asked Hope to kill it to prevent her from working with Wyatt. Hope agreed to do what Liam asked, but Eric refused to break the deal. Soon, she and Wyatt went to Mexico to retrieve a rare diamond for the collection. They were successful, and the diamond was a huge draw to the relaunch of HFTF line. During the fashion show, Quinn looked on Liam’s tablet and found a tribute video he had made for Steffy about their relationship. She had overheard Liam ask Hope to break the deal between her company and Forrester Creations and wanted to help her son take Hope from Liam. She sent the video to herself, then later, anonymously sent it to Hope. Upset, Hope broke her engagement to Liam despite his insistence the video was to say goodbye to Steffy.

Hope began to move forward with Wyatt, but Liam used his computer hacking skills to discover Quinn was the person who sent the video. Sure Wyatt was involved too, he went to Hope. Hope confronted Wyatt, who admitted he knew about the video after the fact. Disappointed in both of them, Hope decided to put her personal life on hold to focus on her career. She actually continued to date them both, ultimately choosing Liam after Wyatt punched his half-brother for calling Quinn names. Wyatt and Quinn continued to lobby for Hope to return to Wyatt, and when Liam was a no-show for a designated meeting time in Paris, Hope married Wyatt in Monte Carlo. Back in Los Angeles, Hope learned she was pregnant, but lost the baby after an encounter with Quinn, and blamed Wyatt for not getting a restraining order against his mother. Hope packed up, said goodbye to Liam, and moved to Milan, where she divorced Wyatt long-distance.

Hope returned to Los Angeles at Ridge's behest, as a surprise to Brooke, and having matured after several years spent in Milan and Paris, looked forward to starting up a line at Forrester Creations again.