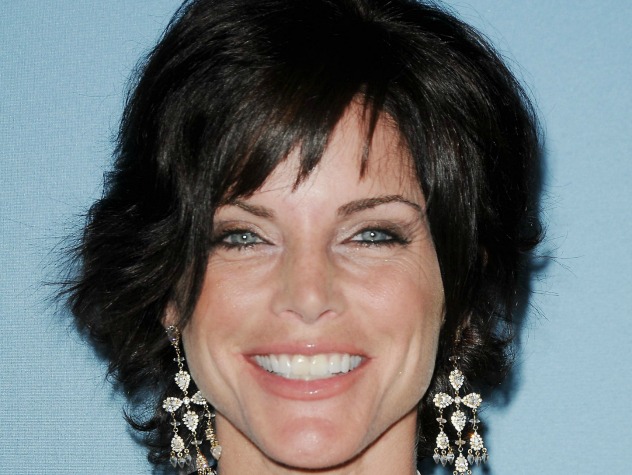 * Has a habit of running away from LA when upset; has lived in London, Paris, Italy, and New York.
* Unsuccessfully rallied to help Ridge get off the hook for the Grant Chambers shooting.
* Diagnosed with colon cancer in 2004.
* Had one son, “Dino,” the product of a one-night stand with Dante.
* Responsible for Eric & Stephanie Forrester’s remarriage, by pleading on her death bed.
* “Died” of colon cancer in mother Stephanie’s arms, but was rescued.
* Received life-saving liver transplant at a private hospital.
* Never married, but came close twice – once with Jake and once with Dante (wedding-day breakup over tug-of-war with Bridget).
* Bribed Owen Knight to seduce Donna in order to break up her marriage to Eric.
* Went to Genoa City and flirted with Nick Newman.

Who's played Felicia Forrester over the years?

Felicia first made her appearance while her parents were scuffling for a divorce after Eric got Brooke pregnant. Prior to that, she had been working as a fashion designer in Europe, but even this lengthy detachment wasn't enough to stop her from being instantly embroiled in family follies.

Upon arrival in LA, she became fascinated by Stephanie's suave tennis instructor, Jake MaacClaine. As she tried to comprehend his unusual relationship with her mother, she sought information from Margo Lynley, who promptly warned her off him. It turned out that Margo was Jake's sister and the pair had unresolved issues. At the same time, Felicia developed issues of her own with her father, when he proved unimpressed by her designs. Work couldn't keep her mind of Jake and she kept digging as she pursued a relationship with him, finally discovering that he had been molested as a child. Wishing to help him, she enlisted Taylor's help. The good doctor suggested that they confront his parents and this is exactly what they did, learning in the process that it was Jake's uncle Charlie that had molested him. As she helped him with his problems, they bonded closer together and headed for the altar only to be abruptly stopped when Jake realized that he couldn't face marriage with all of his personal baggage.

Since Eric had refused Felicia's designs, she soon found work with Spectra Fashions. The move to Spectra also worked as signal of her support for Thorne and Macy, but came, unbeknown to her, when her father had planned to give her a greater role in the company. Learning of this, she tried to get out of the new contract but it was too late. Things weren't going to plan at home either. Although Jake professed his love to her, she suspected him of having an affair. To her dread, it turned out that she was right and the other woman was none other than Thorne's wife, Macy. After she and Thorne confronted them, and Eric confronted them for stealing the BeLieF formula, they left town together.

Felicia would not stay alone for long however. She soon became enthralled with Taylor's mysterious brother Zach. He had been presumed dead for years but, it turned out, had only gone into hiding for killing the man who he blamed for his mother's death. More secrets soon came out, including the fact that he'd been hired to take out his own father (who just happened to be dating Stephanie). Things got dangerous for Felicia and she was almost raped by one of Zach's associates before she finally went to her mother with the truth. Once Stephanie attempted to have Zach arrested, Felicia, fearing another loss of love, ran out of town with him.

Five years later, she returned, without explanation, to support Ridge when he was arrested for shooting Grant. While she worked with her brother to help clear his name, she had to adjust to all of the changes in her family. It was hard, at first, to accept the women roving among her brothers and her parents reuniting, but she eventually would. Despite serious misgivings, she even aided Ridge's attempts to see Taylor and worked with a private investigator to clear Ridge's name. After he was convicted in spite of everything, she left town again.

Later, she would return when Thorne married Darla, but this time she brought a secret of her own. After discovering some pills in her purse, Nick Marone had them analyzed and it came out that Felicia had colon cancer. When a doctor pronounced her well, she fell into Nick's arms and began to settle back into town. She went to work for Spectra with her brother and began to mend her, often acrimonious, relationship with her mother. However, after her relationship with Nick fell apart, she decided to leave LA and work for Spectra from the Paris office.

After a year away, Felicia returned with a baby boy and hopes of reconciling with Nick. Unfortunately he had already moved on with Bridget and Felicia decided to leave again. The plan was cut off when Stephanie told Nick that Felicia had a son. Stuck on hold, she learned that her cancer had returned, worse than before, and the doctors gave her no hope for recovery. Thinking of her child, she asked Bridget and Nick to take the child after her death, a request they had no misgivings about accepting.

As she prepared for her death, she asked her parents to remarry before she went. They agreed but, shortly after the ceremony, a problem arose: Dante Damiano appeared. He'd had an affair with Felicia in Europe and demanded to know the child's true paternity. When it came out that he was the father, Nick was distraught and Dante pursued custody. Felicia then died... or so everyone thought. A light heartbeat was enough to make Stephanie rush her to a private clinic for a liver transplant. As the presumed dead Felicia recovered, Dante pursued a relationship with Bridget. When that fell apart and Felicia returned, he and Felicia decided to wed, but they called it off at the last minute when he realized that he wasn't over her sister. Dante then went back and forth between the sisters until Bridget became pregnant. Bridget lost the baby and stepped aside so Felicia and Dante could be together. Bridget's unselfish act brought the sisters back together, but Dante eventually returned to Italy, leaving Felicia and his child.

Felicia went to Genoa City for a campaign she was working on with Nick Newman for his magazine launch of “Restless Style”. She was attracted to him and was receptive to Nick’s brother’s plan to break up Nick and his wife Phyllis. Although there was some flirtation, mostly on her part, nothing came from her trips to the Midwestern town.

Felicia was upset when her parents divorced and Eric married Donna. She assisted her brothers in trying to break Donna and Eric up, going so far as to offer Owen Knight a sizable amount of money to seduce Donna, but their efforts proved fruitless.

Felicia currently lives away from her family outside of Los Angeles, but was back for a visit at Christmas.