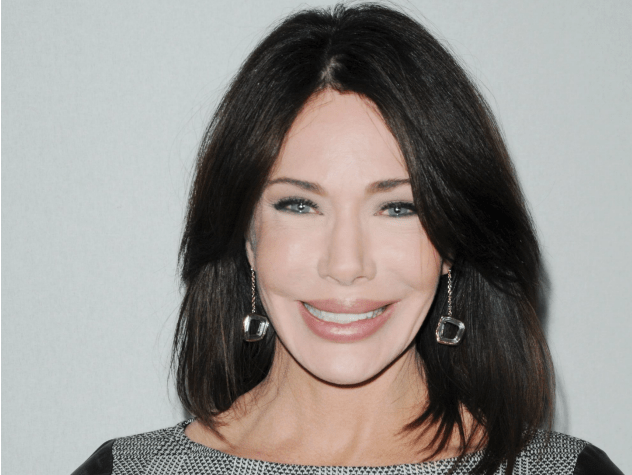 Dr. Taylor Hayes Jones (as played by Hunter Tylo on The Bold and the Beautiful)

* Lives at 3197 Holden Drive, Beverly Hills, CA, 90214.
* Was called Laila while an amnesiac.
* Accidentally killed Darla with her car while driving under the influence.
* Kept the killing hidden to protect Phoebe.
* Is a recovering alcoholic.
* Gave up custody of baby Jack to his biological mother Brooke.
* Was engaged to rival Brooke's son Rick.
* Married Whip Jones after a brief courtship.

Who's played Dr. Taylor Hayes Jones over the years?

Taylor served as the psychiatrist for Caroline Forrester. As she helped her through her problems, she couldn't help herself for falling from Caroline's husband Ridge. When Caroline died of leukemia, Taylor and Ridge began to date, despite the dying woman's request that her husband reunite with his eternal flame Brooke. For some time, Taylor went between Ridge and Brooke's brother Storm before finally making a decision. Using her professional position for all it was worth, she recommended to Brooke that she give Ridge space and, when space was offered, easily filled it herself. This didn't sit well with Taylor's unbalanced ex-husband who attempted, futilely, to split them up before leaving town. His efforts would include stalking her, showing Stephanie tapes of lovemaking sessions and trying to use Caroline's twin to break things up.

Even after he went back to Texas however, things didn't stay calm for long. Taylor soon found herself trapped with her mentor Dr. James Warwick, after an earthquake. Petrified that he would die a virgin, he begged Taylor to spare him the embarrassment and she showed him her compassion. Taylor survived the ordeal, but her act of generosity was soon found out by Brooke.

A love triangle began between Brooke, Taylor and Ridge. It seemed to come to an end when Taylor was presumed dead after a plane crash in the Middle East. While Brooke comforted Ridge, Taylor, suffering from amnesia and now known as Princess Laila, became the intended wife of Prince Omar Rashid. Finally recovering her memory, she returned to LA after her father suffered a heart attack. Her return brought the love triangle back to full tilt as Ridge went back and forth between the women. Taylor dominated though, thanks to giving birth to several children to whom Ridge tried to devote himself.

Some bad decisions landed her with tuberculosis and she almost died giving birth to her twins, Steffy and Phoebe. During this time, Brooke brought Morgan DeWitt to Forrester Creations. After tricking her way into Taylor's good graces, Morgan got herself pregnant by Ridge as revenge for the child that Stephanie had forced her to abort as a teenager. Realizing the truth about her 'friend', Taylor confronted her and this led to Morgan falling off the roof and losing her baby. In revenge, Morgan kidnapped Steffy. Taylor herself was soon kidnapped as well by the psychopathic Morgan after she went in search of her daughter. Ridge came to her rescue by crashing his car into the house they were being held.

Memories of this fiery incident weren't enough to assuage the annoyance felt by Ridge when Taylor began to aid Amber Moore while she was having problems. Ridge did not care for Amber, who he, along with most of his family, regarded as an enemy, but Taylor only got more deeply involved when the young woman was being stalked by one of the city's other psychopaths, Sheila Carter. One night, while she rushed after Sheila who was threatening Eric Forrester, Taylor surprised them and was shot in the free-for-all, saving Eric, but 'dying' in Ridge's arms.

Three years later, we discovered that she was not dead. Her comatose body had been snatched away by Prince Omar Rashid, leaving a fake body in its place. Although Ridge had gone back to Brooke, the discovery that his wife was still living quickly propelled him away from her and to Taylor's side. After a passionate return, they renewed their vows. Ridge's rush to the altar seemed largely prompted by his mother's heart attack. When it turned out that she had faked it to ward off his re-marriage to Brooke, Taylor began having her doubts about her husband's devotion. Ridge was incapable of resolving his feelings for Brooke and had the marriage to Taylor annulled.

Alone, Taylor took comfort, if little else, with Hector Ramirez. Things took a more dramatic turn when Taylor accidentally ran down Darla with her car one night while going to help her daughter. Hector and Phoebe tried to keep her silent on the incident, but her guilty conscience was hard to bear. Even Stephanie, who had discovered the truth, tried to keep Taylor silent and therefore keep Taylor with Darla's widower rather than Ridge. Guilt got the upper hand though and Taylor made a full confession. She was arrested for manslaughter, but the jury found her innocent and charges were dropped.

Surprisingly, Thorne continued to court Taylor and asked her to marry him. This plan was ended when Alexandria refused to let her father marry the woman who had ended her mother's life. Although Taylor tried desperately to reconcile with the child and her father, it was all for naught. It wasn't long though before she began dating Nick Marone. She'd spent a lot of time with Nick, largely counseling him regarding his problems with his mother. As they spent their nights on his boat, the couple soon met the unhappy glare of Brooke. Even though Taylor tried to warn Brooke off, she persisted in manipulating her way into Nick's life while trying to maintain her unsteady grip on Ridge.

Taylor married Nick in May of 2007 and the couple had a baby via invitro fertilization.Taylor gave birth to baby Jack, but it was revealed the egg used was Brooke’s. This didn’t sit well with Taylor, especially when Nick later left her because he was still in love with Brooke. Taylor started to unravel and Nick gained custody of Jack. During this period, Taylor became close with Brooke’s son, Rick and they eventually became engaged.

Taylor received visitation rights to Jack, but she had major problems bonding with the child and after much anguish, she decided Brooke should be the child’s mother. Once that was settled, Taylor realized she was still in love with Ridge and broke things off with Rick. This led to Rick taking his anger out on Ridge and Taylor declaring war on Brooke for Ridge’s affections.

Taylor and Ridge were briefly engaged again, but Brooke eventually won Ridge's affection back. She got a new suitor however in the form of Whip Jones who enjoyed taking care of, and doing things for her. They fell in love and married.

When Steffy blackmailed Bill into selling the company back to the family, she secretly included Stephanie and Taylor as part owners.